A Review of Across the Gulf by Dul Johnson 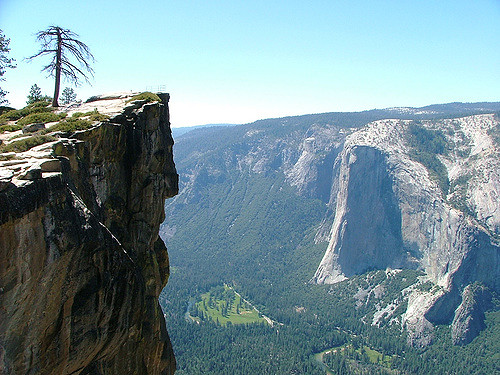 Regardless of the world-acclaimed recognition African novels have received over the years, their aesthetic and artistic worth is still subject to debate. This is because in depicting the African experience of slavery, war and colonialism, it is difficult to avoid clichés. However, a number of contemporary writers such as Dul Johnson have made conscious efforts to incorporate these issues in their works in such a way that they not only reflect the African past but serve as an eye-opener to the strangulating effect of these tragic historical incidents, in the process helping to prevent them from reoccurring. Across the Gulf is one such effort. It follows other works by the same author, including Shadows and Ashes, Why Women Won’t Make It to Heaven, Melancholia and Deeper into the Night.

Across the Gulf shows how the outbreak of a crisis – be it religious, communal or any warlike situation – shapes human destiny. In particular, the novel interrogates the ways in which the protagonist, Ifunanya, is changed by her experiences during the Nigerian Civil War. She reflects:

The sound of the explosions reverberated and rolled like a physical thing riding the waves of the wind, like something under its sheer weight. The number of the flying and falling stars increased. The smell of smoke suffused the air.

The explosion completely drowned the cries of fear from the children and the shouts of the adults, calling on people to run in this or that direction.

In the ensuing confusion, Ifunanya is separated from her fiancé, Ofala, as well as her parents, Kalu and Nwamaka. She meets Janbut Rimbut, a paramedic in the Nigerian army. He also happens to be a carbon copy of Ofala and she gradually falls in love with him, eventually bearing him a son, Nnanna. Other novelists have explored this same theme, for instance, Chimamanda Ngozi Adichie in Half of a Yellow Sun, but it is the duplicity of physical identity that singles out this novel by creating an atmosphere of suspense. What will become of Ifunanya when she marries Ofala while pregnant with another’s child? Will he accept the unborn child as his own? Or will Janbut come back to claim his son? There is also the question of her parents. How will they feel about their daughter’s condition?

Across the Gulf also seeks to bridge the gap between ethnicity and religion, hence the title, as when Kalu reflects:

…but if it ended, the unbeliever would return to his home and family in the North. Ugwu Awusa, he muttered, shaking his head.

Another theme the author explores is man’s inhumanity to man. This cannot be overemphasised. An instance is when Ofala tells Nnanna:

When I took aim, the man closed his eyes but when I fired the first shot, which ripped through his chest, he opened his eyes, wide! It was his eyes, and his mouth that pleaded for mercy. But I knew that the man would not survive, and so I finished him.

Nnanna himself is used as the mouthpiece to describe the human slaughter that occurred in Kano purely on the basis of religion.

Closely related to this is the atmosphere conveyed in the novel, which is one of unrelenting tragedy. Ofala murders Ikenna, his stepbrother, and in turn commits suicide. ‘Ofala’s body was floating on the sacred pond, his hands bound…’.

Across the Gulf also interrogates the validity of tradition. Following Ofala’s suicide in a forbidden pond, the chiefs deliberate over whether he deserves a proper burial. In other words, certain customs can be overlooked, depending on the personality and affluence of the person(s) involved. On the whole, Johnson’s novel, set in Okigboli, appears to favour the norms of a patriarchal society, exemplified when Ifunanya says to Janbut, ‘You are the man, take the lead’.

Johnson employs the use of native names and attributes, thereby giving the characters a strong sense of rootedness. When Nnanna begins to ask around for information about his biological father, he meets Sergeant Musa Mangvwat, who tells him:

But this name is not ours…Jamboot. That sounds like a name from Tarok, Langtang. Yes, it is a Tarok name but you are not pronouncing it well. I think it is Jan-but. Yes, Janbut.

Across the Gulf is enriched with numerous wise sayings, which present African culture as one to be held in high esteem. For instance, at some point the narrator says, ‘The faeces of the dog are best swept away when it is hot’. This means that urgent matters require urgent attention; they should not be treated with levity. The author uses the omniscient narrative technique. This allows him to move around in space and time as he enters the innermost recesses of his characters.

Across the Gulf is a creatively structured masterpiece. That said, it should be noted that some of the characters are not entirely believable. One of such is Kalu, Ifunanya’s father. Throughout the novel, one gets the impression that he has little or no control over the decisions his children make. This is especially so where Ifunanya is concerned. However, this does not tally with the mores of Igbo society, where fathers get to dictate even the husbands their daughters can marry, to which the daughter is not expected to demur.

Two other problems are the unnecessary complexity of the plot, and what one might call the loose morals of some of the characters, as if the author is actively encouraging promiscuity, although this may not have been his intention. So it is that Ifunanya has a son for Janbut after he pressures her into sleeping with him. But the man already has a wife and two daughters, whom Nnanna eventually gets to meet while Ofala dies tragically. In other words, there are no consequences for his illicit actions. On the contrary, Janbut goes on to live a fulfilled life.

In conclusion, Across the Gulf is a notable accomplishment. It delves into real-life issues as they impinge upon recognisable human beings.

Photograph: ‘Across’ by George Oates