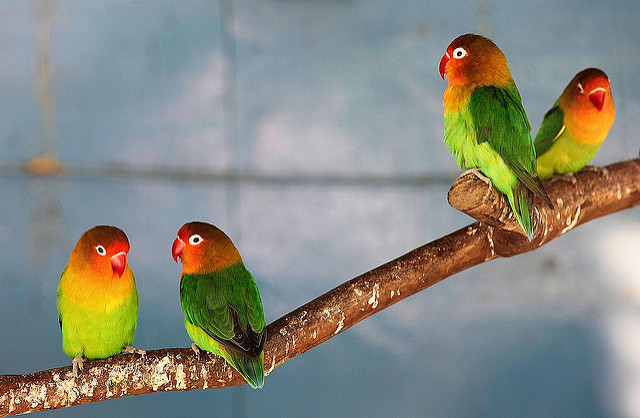 Recent Nigerian memoirs that are not at the same time hagiographies are very hard to come by indeed. The pleasure of encountering Little Birds and Ordinary People, a work straddling the nexus between the written meditation and the compte rendu was therefore welcome relief from the monuments of literary dross littering the landscape much like what passes, for the most part, for contemporary Nigerian architecture or legal practice or broadcasting.

There is a high-mindedness to this book which separates it from the muster of tired resolve to ‘write a book’ at the end of an active career – the apparent motivation for most of these other painful texts in the market. There is, also, a certain grit to the telling of this fardel of many stories that gives fresh perspectives to the reader regarding the intractable problems of Nigeria, the Niger Delta and the oil and gas industry. Many of the accounts in the book, for those who have known Nigeria long enough, provide cues and clues to the massive jigsaw puzzle that is the political economy of Africa’s most populous country. For this reviewer, it was a view from the boiler room, a tour through the steam and grime that propels the ship of state.

The pace of the writing, the reader is warned early, is leisurely – though the book itself touches on the most serious of subjects. This is a book to take with you to the bank of a placid lake or a gentle running stream, a book to read in the early morning sun or in the cool of the evening under an umbrella or a shade tree. This is a book to read against a backdrop of birdsong but not that busy twittering and hum of offices. If the other contexts one would prefer cannot be readily afforded, it is a book that will serve as bedside reading. It is tempting to say this book is a temptation to the bourgeois repose in reading, but, it is also clear that the mind that wrote the book is not of the materialistic bent.

Yet there is a tenderness to the telling of Mr Haastrup’s stories, a degree of emotional intelligence necessary to get through to an audience in two minds about what the oil and gas industry has done in Nigeria. This is a strength of the book but also a weakness. At times, the work reads like an audi alteram partem brief for the demonised oil and gas industry. A compromise this reviewer worked out is to see this book as an oriel into realities we may not ordinarily access except through specialist documents of no aesthetic value whatsoever.

The main strength of the book, in this reviewer’s opinion, is the vast canvas of history it erects and its complex portrayal of a society in flux. Artists say it all boils down to perspective. From the plastic arts to the literary arts, the inherent value in the work is in its power to persuade the audience to see things from new points of view. Yet this book works as mimesis as well, the language is beautiful and efficient, and most importantly, it rings true. It may not so ring to the African born in the ‘80s and afterwards, who have only known the chaos and the brutish (in overall abundance) when it comes to Nigeria. Haastrup does not so much conjure as he resurrects a Nigeria that was, at some earlier point in the 20th century, a place for all peoples, a veritable melting pot, a balanced mix of the rustic and the urban. That Nigeria, that Ibadan, was the place that led other places in terms of cultural output, announcing the pioneering talents of J P Clark, Amos Tutuola, Wole Soyinka, Christopher Okigbo, Dennis Brutus, Duro Ladipo, Demas Nwoko and Es’kia Mphahlele among others, to the world.

Like his grandfather before him, the author eventually chooses the urban. It may be argued that the Ibadan which provided the ambience for the author’s formative years cannot be properly defined as a village. However, considering that Ibadan is roughly the same age as Toronto, for instance, it is not so far-fetched to argue, as the author does, that the densely populated conurbation keeps a leg in the past as it does a leg in the present.

Little Birds and Ordinary People goes further than the past and present, venturing and even stravaging into the future. With very deft shifting of the gears, the author even convinces the reader to see the journey not in linear terms but as a gyre. This is when the author is at his most mystical and African. The great thing, though, is the conviction in the writing that the journey can be improved, that the cycle is not a closed one, that there can be what the Japanese call Kaizen.

Away from the preoccupation with work and career, the book, dedicated to the memory of the author’s brother, Adesina Haastrup, works at an even deeper emotional substratum as a memorial and as a celebration of life and not of loss. They say we are truly gone when the last human mentions our name. Deji Haastrup has erected a more lasting monument than marble to his late brother in this regard, this book will be read as long as humankind is literate. It is an impetus that works through the warp and woof of the writing, transmuting into the author’s hope and vision for country and continent. We have come so far as individuals, as siblings, as families, moieties, clans, nations and as continent but always we have a choice to make. We can choose better for self and community.

Without fishing for a hook, the account in Little Birds and Ordinary People finds one nonetheless in its deliberately understated case for the better half of humankind, the women. One is tempted to read women into the ‘Ordinary People’ of the book’s title. Through most of human history the women have borne the brunt and the species as a whole has suffered for the obtuse choice by men in the status quo. This reviewer wishes the author was not as sophisticated in his arguments for womankind in this book although close readers will see very clearly what the mind at work is about. History should not be read as his story alone, the author seems to argue, it is her story as well. The hand that rocks the cradle, we know, rules the world. A way to imagine what the author envisions is to put the tableaux of the entire saga of the Niger Delta against the backdrop of a better educated, better respected and better rewarded working women. The world would be a better place. The task is to move beyond potential into actuality.

The hamlet-dweller in this reviewer cannot but marvel at the worlds between the covers of Little Birds and Ordinary People. This reviewer is persuaded that the city dweller will profit as much from reading the book as the hermit. It is more than gratifying to note that the author, though a citizen of the world now, first had his world shaped in Ibadan. It is even more gratifying that the prose in the book (and the cameo appearance of poetry) all add up to a thoroughly enlightening if a little frightening read. If the words do not come as easily as leaves to a tree, let them not come at all, urged Keats, the poet. But the words in this book come as readily to the author’s pen as streams flow. It is evident in the kinesis. This is a book to recommend to those who are genuinely curious about Nigeria and Nigerians. Never judge a book by its cover, do not judge us by the names we are called, we are made of more, proverbial still waters run deep.