The Dissolution of the Fouries 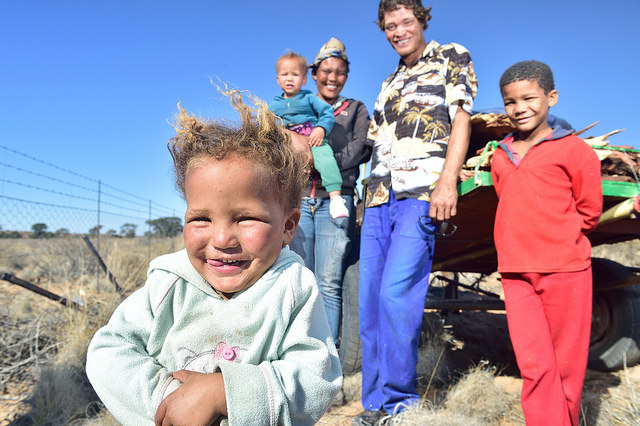 Rehana Rossouw’s What Will People Say? is primarily about the dissolution of a household. The book shows that every family is besieged by forces ready to destroy it, and it takes a large counter-force to prevent that from happening. In addition, the book shows that, sadly, the managing of a home can be a losing game. One may try very hard to be a good parent yet one’s children will turn out bad.

Neville and Magda Fourie live in Hanover Park with their three children. Their aim is to be wonderful parents and raise their children well even though their society is plagued with gang wars, drugs, apartheid and poverty. The Fourie children also have their personal desires. Suzette, the beautiful first daughter, wants to be a model so that she can escape the poverty. Nicky, the studious and sensitive second daughter, has dreams of becoming a lawyer. Anthony, the last child and only son, is naive, a bit headstrong, and he ends up in a gang.

Parenting is hard and there is no manual for it. Corporal punishments, insistence on church attendance and nagging are the tools employed by Neville and Magda in their bid to keep their children on the right path, but these measures seem not to be enough. The important things in life, like how to be a good citizen, how to be a good parent, or how to be a good person, do not have manuals. Perhaps that is the job of fiction. What Will People Say? offers a lesson in how not to parent.

Anthony’s entrapment by gang members is well orchestrated. He is first courted by Ougat, leader of the Junky Funky Kids (JFK), whose members Anthony finds charming until he is caught in their trap and made to face the consequences.

Suzette and his parents do not notice Anthony’s absences from the house and his behavioural changes. Suzette is herself able to hide the fact that she dropped out of school weeks before her matriculation examination, and that she has started working as a model. Nicky, the model daughter, notices the changes but is unable to draw the attention of her parents to the misdemeanours of her siblings.

Neville is so involved in the neighbourhood watch that he does not see what is occurring in his household. Magda’s style of parenting is more concerned with, ‘What will people say?’, and she does not properly manage Suzette’s choices when they become known. Suzette is sent out of the house because she refuses to return to school. This marks the onset of the dissolution of the Fouries.

As the saying goes, it takes a village to raise a child. The reverse is also true: it takes a village to destroy a household. The forces attacking the Fouries are also external. The chief villain in the book is the state. The police, a vital arm of the state, is used to enforce apartheid while doing nothing to curb the gangs and the rampant crime that make the society unsafe for parents to raise their children.

Like Kurt Ellis’s By Any Means, Rehana Rossouw’s What Will People Say? deals with the dysfunctional states of family and society in South Africa. It is clear that drug use and gang violence are threats to the people of South Africa. By Any Means is narrated from the point of view of the gangster, focusing on violence and betrayal, while What Will People Say? shows the effects of gang wars and social turbulence on a family.

We must applaud the efforts of South African writers who use street ‘lingo’ in their literature. Words and phrases like ‘gaaning aan’, ‘bokkie’, ‘poep’, give the prose of What Will People Say? a distinctive flavour. Ms Rossouw also dispenses with a glossary, but this is a gamble because it may make the book difficult for some people to read.

Suzette’s banishment from the house is the beginning of the end for the Fouries. Anthony is forcefully initiated into the JFK, a process that leaves him psychologically traumatised to the point that he loses his ability to speak. In the end, the JFK kill him for quitting the gang.

Anthony’s death hits the entire family hard. Each member feels guilty and they blame one another for not doing enough. Magda is the worst hit:

She had only been in a surgery once in her life. The discomfort she felt after her hysterectomy was nothing compared to what she was feeling now – like her womb was being scraped out with a rusty blade (p 255).

What Will People Say? is a wonderful debut novel, expertly written – Rehana Rossouw’s training in journalism and her creative writing skills are evident in the way the story is woven. She flourishes her sentences, yet she keeps the story on point, moving forward. The book immerses the reader in the turbulent ‘80s and ‘90s in South Africa, revealing how hard it is to raise a family.