The Essence of Robots in a Human-Dominated Society 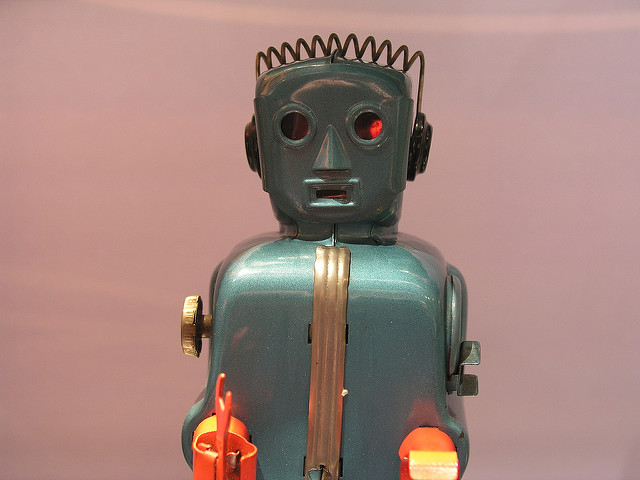 ‘Do you have a story burning to be told? Do you have a voice that must be heard? Then write. Because writing is no small calling. Otherwise, get back to your normal day job and save us the agony of watching our time being flushed down the toilet.

I’ve written some stories that haven’t gone down well with some Christian friends of mine. But God liked them. And that’s what really matters’. – Paul Kisakye

Tech Explorers League is a series of science fiction novels for children. It comprises three books: Rise of the Robot, Hacked! and Farming Fiasco. The author, Paul Kisakye, is an unapologetic Christian; he often refers to himself as a ‘Christian Writer’. He has to his credit another book, Prodigal Love: Embracing God’s Outrageous, Unconditional Love, which explores how most people think about their relationship with God. His short story, ‘Emotional Rollercoaster’ was also shortlisted for the Writivism Short Story Prize in 2013. From all indications, it is clear that he knows his onions when it comes to creative storytelling.

Rise of the Robot revolves around a group of four ten-year-olds. Dembe, Jingo, Talemwa and Erisa shoulder the responsibility of building a robot for their school’s science fair. The project is the first of its kind. Mugabi Junior School has never saddled the pupils with the responsibility of creating anything whatsoever, let alone attach grades and provide prizes for the project that wins, which heightens the children’s excitement during their two-month, extended holiday. Knowing full well that they live in a society where robotic aid is no novelty, they decide to create a mind-blowing robot that will leave the audience in awe. Apparently, robots are not exceptional in the Uganda of the Tech Explorers League; they already have them for varied tasks, driver bots and assist bots:

The driver bots were robots that drove cars to the destination they were programmed to go. Imported automated vehicles were better, of course, but they were extremely expensive to purchase or maintain.

There are also robots for household chores, including cooking and cleaning.

Contrary to the general opinion that the use of robots has an adverse effect on human relations, Rise of the Robot shows how they not only reduce human labour but also strengthen communications amongst individuals. The children have scant knowledge of what it means to work as a team until they decide to make a robot and realise that they all have different ideas of what they want it to do: Talemwa wants a humanoid robot; Jingo, one that can help him clean his room; Erisa, a fighter; Dembe, one to help him with his homework. In the spirit of teamwork, they are able to reach a consensus, which is to create a robot programmed to perform all the aforementioned tasks. With the help of Professor Fundi, the brain behind most of the country’s robots, they become exposed to in-depth processes and a wide range of technical terms that may be difficult for the average ten-year-old to comprehend but as Professor Fundi explains, ‘Robots are built around three disciplines: electronics, mechanics and programming’.

The professor’s personal assistbot, Abram, also becomes a source of inspiration owing to the fact that it possesses a special microprocessor which is ‘the closest thing to the human brain ever created’. The author uses this to demonstrate the enthusiastic nature of children and the extent they can go when they become excited about something. The novel also has a didactic purpose: Jingo disobeys his mother by sneaking out of the house to join his friends at Professor Fundi’s apartment and is punished for it. Dembe steals five modular actuators to help the group complete their project and also lies to his father about it, but his efforts are foiled when the owner comes to retrieve his stolen parts. As a result, they end up signing a non-locomotive robot for the science fair. Dembe’s father could salvage the situation by ordering new parts online but he refuses to do so, as that would mean countenancing his son’s actions. He says to Dembe:

No, I won’t buy them for you. That will teach you not to take something that’s not yours…. I guess that would make the lesson all the more memorable.

Rise of the Robot also explores the issue of class distinctions. Dembe is the only one who lives on a farm; the others live in a building called Sky Towers with ‘a hotel on the floors of the mall, and apartments above that. It was fortunate for them that almost everything was within walking distance’. Moreover, Dembe’s father repairs faulty robots for a living, a profession that is not highly regarded, while Jingo’s mother is a celebrated writer. In every case, the importance of a formal education is emphasised. Unsurprisingly, Rise of the Robot also rates a working knowledge of robots as important. Dembe’s father, who studied agriculture in the university, points out that, ‘Robotics is very important…everyone needs to know the basics about robots, since they help us do a lot’.

Rise of the Robot is an unusually interesting read. Even though it is burdened with a clichéd narrative structure, the book is well grounded in issues relating to science and technology. However, children might struggle with some of the more arcane conversations between Professor Fundi and the four young designers, especially when they discuss artificial intelligence. That said, Rise of the Robot is a fascinating read.