The Maddening Drive to Make It by Any Means 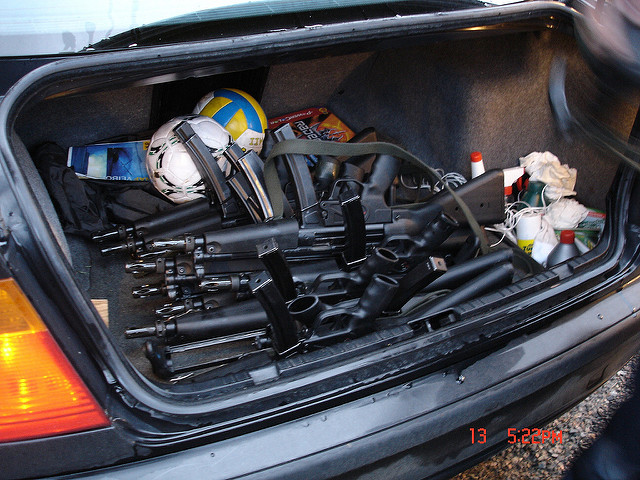 Kurt Ellis’s By Any Means is a fictional account of the realities of young coloured people in South Africa. It describes the dysfunctional state of the family and society; it shows how poverty ravages a people and how that leads to the emergence of a dog-eat-dog system and the savage struggles for survival. The novel is divided into two parts, a first part titled ‘Cause’ and a second part titled ‘Consequence’.

The book is narrated in the third person, with the narrative switching between the actions of Captain and Kyle, the two major characters of the book. Kyle is seventeen and lives with his cousins – Captain, also seventeen, and Jimmy, who is sixteen – in his aunt’s house in Sydenham, Durban. Kyle, a sweet, sentimental bibliophile and footballer, has dreams of making it to the English football league. Captain is the leader of a drug-dealing gang called the Godfathers. Jimmy, the youngest of the cousins, is made to stay on the straight and narrow by Captain.

In the book’s prologue, we see the three boys being handed life lessons by their grandfather, who is angry with the boys for skipping school. He gives them what amounts to a guide to life by telling them that education is the ticket to a better life and that they should strive for it. He also tells them to protect each other, that if someone hurts one of them the other two must destroy that person. And finally, he tells them they must succeed, by any means necessary. It is from this final instruction that the book’s title is taken.

Captain takes the clarion call to make it by any means necessary to heart. He tattoos the letters ‘BAMN’ on his body. His primary goal is to provide for his cousins, his mother and the community, in a society where fathers are largely absent or in jail. He works for a boss, Lazarus, and used to belong to another gang, the Natural Born Killers (NBK). The leader of NBK, Tyson, is sent to prison for five years, which leads to the NBK falling apart. Captain rallies the younger members of that gang and forms the Godfathers. His deputy in the Godfathers is called Spider.

Captain is an interesting character and the anti-hero of the book. He is a vicious crime lord with the scars and bullet wounds to show for it, but he has a big heart and loves his friends, family and community. Captain sums up his code in the following words, addressed to his gang:

Ous, every culture started somewhere. We need to change our mentality. We still have that apartheid mentality. Where we feel like rejects. We need to stop waiting for people to give us scraps from their table. We need to take what we need. That’s why I’m not asking any more. I am taking. Are we – Captain gestured towards the Godfathers – doing wrong? No doubt. We sell drugs. None of us grew up wanting to be gangsters and thugs. We want to be fucking astronauts, and lawyers and doctors. But your dreams die quickly in the sections, don’t they, ous? So we play the cards we were given, for now. We will go legit one day.

Kyle is an exceptional defender who plays for the Villa Park team, and is being watched by an academy scout from Birmingham, England. He loves books and likes the old English writers Shakespeare and Marlowe, to the point that he uses a paragraph from Romeo and Juliet to woo his girlfriend.

By Any Means has many qualities that will be familiar to readers from the works of Shakespeare. The language is a unique mix of the high and the demotic, of English and South African street ‘lingo’. Words and phrases like ‘bru’, ‘Ouens’, ‘ek se’ and ‘chinwag’ give the prose a distinctive flavour. The story is also a romantic tragedy, and in the undertow of the narrative is a notion of life as a ‘train wreck’ waiting to happen.

Things seem to be going smoothly until everything unravels. The first thing that shakes Captain’s world is the release of Tyson at the end of his term. Lazarus sits Captain and Tyson down together and warns them not to disrupt his business. They both agree but Captain has a feeling that Tyson will find a reason to make a move to reclaim his business.

Captain, in a bid to put the fear of God in a boy ‘making a move on’ his girl, goes too far and kills the boy. The boy happens to be a distant relative of Tyson and this becomes the trigger Tyson needs. By Any Means is a tale of betrayal, revenge and violence in the streets of Sydenham. Captain is sold out by Lazarus and betrayed by Spider.

The second part of the book, ‘Consequence’, is splattered with blood. Tyson and the now resurrected NBK fight a gang war with the Godfathers. It is a testament to Ellis’s skills that the shooting scenes are vivid and beautiful. As with any war, things spiral out of control and Captain’s cousins, Kyle and Jimmy, are drawn into the crisis. The story does not end well for Tyson and Captain.

By Any Means is an illuminating piece of literature, shedding some light on the journeys people take to make something of themselves. The work is deceptively simple but the characters are complex and the themes deep. It is easy to see why the book was long listed for the 2015 Etisalat Prize for Literature.

Kurt Ellis has written a definitive coming-of-age story and one cannot help but wonder if it is autobiographical. With this interesting debut, Ellis has declared that he is a writer to watch out for in South African and African literature. It will be interesting to see what he serves next.