The Maestro, The Magistrate & The Mathematician, or the Lonely Scotlanders 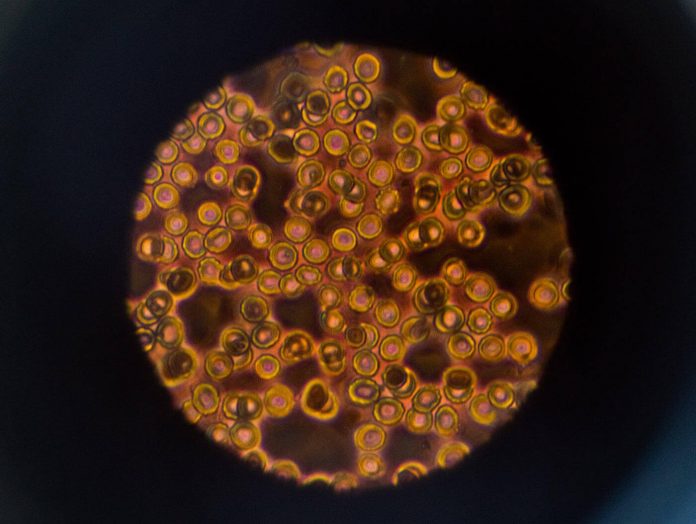 Zimbabwean writer, Tendai Huchu’s second book, a novel, is called The Maestro, The Magistrate & The Mathematician, a rather mouthful title that enjoys the playful alliteration of a recalcitrant poet.

This novel follows his acclaimed debut novel called The Hairdresser of Harare (another title that is a subtle work of alliteration), which used the urban space of a beauty salon to explore themes of homosexuality, love, family life and other complications of modern life in Zimbabwe.

His new book also deals with Zimbabwe, but Zimbabweans in the Diaspora, in Edinburgh, Scotland, where the author himself currently resides. Through the eyes of three characters, who collectively lend their monikers to the book title, the immigrant experience is explored once again. The life of immigrants has been a fascinating topic for black writers from Samuel Selvon’s The Lonely Londoners down to Teju Cole’s Open City.

The aforementioned novels situate the experiences and the insights through which this novelist attempts to revisit the compounding problems of migration. In the intervening years, the home front has not become comfortable enough for the desired ‘Back to Africa project’. If anything, the egress of notable thinkers, intellectuals, skilled labourers and academics persists and Huchu tackles the experience of this ‘fortunate’ lot who leave the homeland in pursuit of better lives abroad.

His characters reside in Scotland, three men of different ages, backgrounds and temperaments. There is The Magistrate, a pot-bellied, stay-home husband and father of a 15-year-old daughter. He has a hard time assimilating to the new clime. Back home, he was a man of means, a judge, but in Edinburgh, he is the husband of an estranged wife, a nurse. The Magistrate takes long, winding walks around the city whilst listening to Zimbabwean music on a walkman. These walks cast this character in the role of a flaneur through whose eyes the architectural edifices of the city are navigated. In this sense, he shares a kinship with Julius, Open City’s protagonist, but he is clearly more humane even if his view is equally jaded, skeptical and detached.

Through The Magistrate’s psyche, we experience the resigned alienation of middle-aged migrants whose pursuit of a better life in the Diaspora is at best illusory. His marriage suffers the brutal assault of the colder clime and anxieties about raising a daughter in an alien culture is the gnawing concern that eases in the denouement. He finds solace in drink and the music of his people. By pairing the music of his people with sightseeing in Scotland, he finds a balance between the old and new.

Farai is The Mathematician, a pompous man in his twenties. His Political Science doctoral thesis is on hyperinflation in African economies. He has rich and firm ties to the home country, and his scholarship is being lavishly funded by his family. He lives with his friends, Brian and Scott, a rabbit called Mr Majeika, and he indulges in playing television games. He dates Stacey, a working-class, white girl and ex-porn star. His character sketch is that of a smart man who loves the streets and enjoys the adrenaline rush that living on the edge brings. He is also flotsam in the Diaspora tide although he fancies himself as being in control; he remains dependent on his friends, his Mozambican colleague Nika, and his family to support his lifestyle.

The last of trio is The Maestro, a white Zimbabwean whose experience exacts the worst toll. He is a private person and an avid reader immersed in existential philosophy. His whiteness does not seem to ease his integration; perhaps it even fosters his alienation, which is ultimately self-destructive. Every attempt by his Polish lady friend/love interest to break his cocoon is rebuffed as he journeys deeper and deeper into himself, searching for his essence, till he fractures his mind in a psychotic spell.

These characters are connected by a pivotal character called Alfonso, an unscrupulous, self-proclaimed political organiser. He is, in a sense, the mediating character in this novel. He forces his friendship on The Magistrate and coerces him into participating in the political group he runs; he worked with Farai’s parents in the homeland and parted ways with them under questionable circumstances; he also plays a major role in the final home-going of The Maestro. Almost all major events revolve around Alfonso, either directly or indirectly, and he is indeed the portrait of the well-adjusted African in the Diaspora. Notwithstanding the estrangement and detachment that the immigrant experience presents, Alfonso and the possibilities of his political pressure group offers anchor to displaced Zimbabweans.

Told in stylish and dense prose, this novel subscribes to a certain American aesthetic of interrogating the immigrant experience in Europe. Mr Huchu wears rather proudly the influences of some American authors, most notably David Forster Wallace with whom he could be said to share much more than a love for wearing bandannas.

His prose sometimes strives to be playful even though the weight of serious issues makes this deadpan. Again, there is that narcissistic authorial preoccupation with giving the self a cameo appearance, in this case as a lecherous disc jockey (giving a nod to music). It is not often that you find a novelist so immersed in the thrust of their story as well as in the desire to reflect the influences of previous writers in a certain literary tradition, but sometimes, ambition occasions overkill.

Existentialist tropes run through the characterisation. This is most obvious with The Maestro, is evident in the pace of the narrative itself and is glorified in the denouement. The meaninglessness of life as the antithesis of the immigrant experience is the basis of this cautionary tale.

At a time when the West is adjudged as being the shaper of African literature, this novel is a departure from the sensationalism of impoverished Africa – instead it interrogates the Western gore by showing, not telling, how African characters are broken by the whims and caprices of a well-governed society. Unfortunately, the wretched of the earth do not enjoy salvation when they transplant themselves to colder climes.

Here is an important novel about migration that negotiates to differentiate itself from tradition by approaching character development through an inventory of the minutest of details, psychological projections as well as existential concerns. The tempered voice of the author is remarkably American in inflection but the characters are deeply African, human.