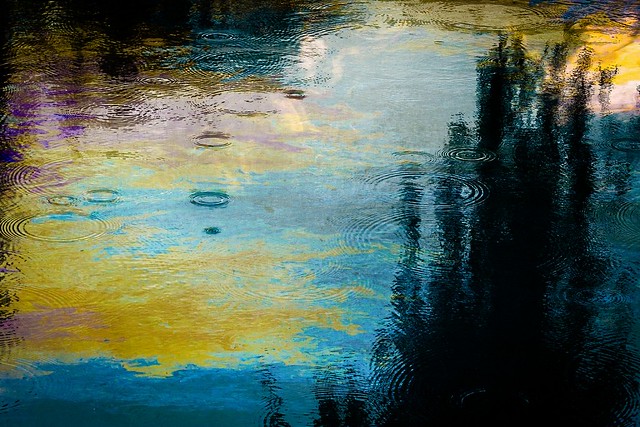 ‘You have to read my poetry to understand my culture better and how complicated it is. I also had a lot of influence from the schools I went to. I was competing with the cultural effects of school and cultural effects of home, so I feel like I have mixed influences’. – Francine Simon

As a poet and a PhD candidate in the Department of English, Stellenbosch University, Francine Simon certainly has her fingers in more than one pie. Born in Durban in 1990 to Indian Catholic parents, Simon is ‘one of South Africa’s most unexpectedly excellent poetic débutantes’. Her poems are famous in South Africa and she is widely published in South African literary journals such as New Contrast, New Coin, and Aerodrome.

Thungachi is a collection that Kobus Moolman describes as ‘an ambitious and sophisticated collection that blends formal invention with deeply felt experiences’. Simon’s background as a South African-Indian Catholic is a major influence on her poems. She puts together the languages and cultures of her experience to create her own identity as a modern African woman. The subject of this collection is identity and womanhood. It ‘creates an essential portrait of Modern South African-Indian identity and womanhood and discusses family, language and religion’.

The title, Thungachi, is similar to a 1988 Indian feature film, En Thangachi Padichava (translates as My Younger Sister Is Literate), popularly known as Thangachi (translates as Younger Sister). Thangachi is a film with a complicated plot. Although Simon, in an interview, says the title of her collection is not related to the plot of that film, in comparing the complex plot of the film to her own life and complex background, one can see some similarities. However, Simon explains in the interview:

I named the collection Thungachi because there are inconsistencies with my culture and identity and I embrace them. You can embrace being Catholic but still, have South African Indian cultural superstitions. I embrace those things and use them in my poetry.

The collection is divided into seven parts with thirty-one poems in total. The first part begins with the poem, ‘Naming Places’. This poem of sixteen lines begins with a tone that suggests ‘worry’, as the persona seems to be ‘lost’ (line 4) and clueless about how to reach their homeland. Here, there are two personas, suggestively female, due to the use of words such as ‘daughter’ (line 15) and ‘girls’ (line 16). They worry about their identity. They no longer feel any ties to their home; all that is left are their names (line 10). However, they resign to their fate and decide to concentrate on being the girls they are since they cannot trail their way home and have become ‘the last of the Simons’ (line 14). A connotative reading will expose an identity quest and the effects of patriarchy, where a child cannot inherit the mother’s name. The persona suggests that one should always strive to get an identity even when given none.

‘Tamil Familiars’ is another poem that addresses the subject of identity and carries an undertone of superstition. The African continent is known for its rich cultures, an integral aspect of people’s lives that governs their actions. This is exactly what Simon captures in ‘Tamil Familiars’, a poem traceable to her Indian root because of the word ‘Tamil’. In the poem, the poet-persona talks about various superstitious beliefs of her mother and grandmother and shows the importance of superstitions in a culture. However, most of these superstitions merely spell out etiquette for women but with ridiculous consequences attached. As a young African woman, Simon clearly has her doubts about some of these things.

The subjects of identity, family and culture are also evident in other poems in this first part of the collection, namely ‘Dholl’, ‘Tea’, ‘Late’ and ‘Gathering’.

In the second part of the collection, the poem ‘Rati’ gives an account of the creation story. The poem reads like the Indian mythological account of creation and how women were formed. Another poem, ‘Trial and Error’, describes the steps for making roti, a traditional Indian meal. The persona is trying the recipe for the first time and does not get a perfect roti because ‘it comes with practice’. The poems in this part explore the culture and beliefs of Simon’s Indian background. Other poems in this part are ‘Bride’, ‘Nanni-ma’, and ‘#9’.

The third part of the collection consists of three poems, ‘Kreuzigen’, ‘Vetala-pachisi’ and ‘Sheep’s Head’. This part explores religion and Simon’s Indian Catholic background. The first poem, ‘Kreuzigen’, which translates to ‘crufixion’, relates to the Stations of the Cross, an aspect of Catholic practice during Lent. The second poem, ‘Vetala-pachisi’, explores the Hindu religion. A vetala is a ghost-like being from Hindu mythology. In this poem, the persona tells of a vetala that lives in a tree in the middle of a crematorium. This can be linked to the Hindu way of burial and their belief in myths. The last poem in this part of the collection, ‘Sheep’s Head’, revolves around the Christian faith.

The fourth part is another short part, with only two poems, ‘Present Continuous’ and ‘Chair Bears’, in which the poet-persona reveals what her childhood was like. The fifth part then goes further into her background and her growing up, with a focus on her teenage years and probably early adulthood. The poems in this part include ‘Promise’, ‘House Yard Tree’, and ‘Rombu unbu’.

Unlike the usual way of writing poetry with elevated language and complex diction, Simon writes in simple language and with clear diction. The poems are highly creative with deep meanings, most of them relating to her South African-Indian background and her stance on that, as a modern African woman. Although the collection deals with a general subject, the approach in the collection draws on the poet’s particular background. The collection is  body of work that breaks the boundaries of poetry and explores beyond those boundaries with a view to opening the minds of readers to a new kind of poetry, one that is precise and expressive.

In conclusion, with creative imagery, Simon is able to express her ideas and beliefs and to educate readers on what it means to be a South African-Indian. With this collection, she fashions herself a new identity from the cultures of her background. She also establishes her place as a modern African woman who is not scared to go beyond limitations.