The Promise of Hope: A Review 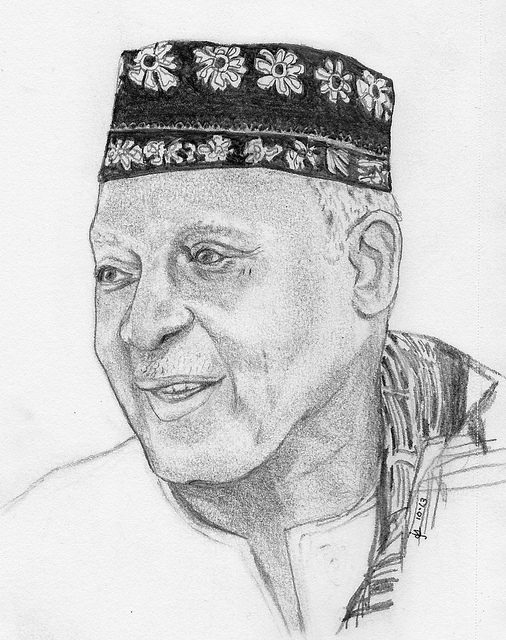 On 21 September 2013, one of Ghana’s illustrious poets, Kofi Awoonor, was shot dead by gunmen of the Al-Shabaab terrorist group at the Westgate Shopping Mall. He was in Nairobi, attending Kenya’s biggest book festival, the Storymoja Festival. He was a father, an academic, a diplomat and a poet, with a practice of more than fifty years. A few days before his death, he held an advance copy of the book that was to become his last, The Promise of Hope: New and Selected Poems, 1964–2013, and was said to have remarked on its beauty.

The beauty of this testament of letters, The Promise of Hope, is that it offers the most concise presentation of Awoonor’s oeuvre. Awoonor – with contemporaries like Wole Soyinka, J P Clark and Christopher Okigbo, a generation of British-educated Africans who rose to take up the mantle of independence – was one of the early modern African poets who came after those described by Donatus Nwoga as pioneer poets, the likes of Gladys May Casely-Hayford and Dennis Chukwude Osadebay. Nwoga notes that Awoonor and his contemporaries exhibit ‘greater complexity’, ‘greater freedom with syntax, word meanings and symbolism’ than the pioneers whom they succeeded.

Awoonor loved to dance and was in his youth the life of the party. But he was also an introspective man who worked with words. More than being a poet, he was the consummate writer: an essayist with a book of literary criticism (The Breast of the Earth) and a novelist (This Earth, My Brother). However, his poetic output outweighs all other types, coming up to seven volumes, beginning with Rediscovery and Other Poems (1964) and culminating in Herding the Lost Lambs (2013).

It is from these volumes that his friend, Kofi Anyidoho, a notable poet in his own right, made a collection of new and selected poems, spanning half a century of meritorious practice and poetry fervently produced over the course of an active life of extra-literary engagement, political involvement and diplomatic activity.

Kofi Awoonor was a man of many parts. But before he came to be known as Kofi Awoonor, he was first known as George Awoonor Williams. However, that name was destined to be changed because Awoonor, in his rediscovery of self, would come to reject the identity he had accepted on account of his colonial upbringing.

The best way into The Promise of Hope might be to enter the book with the back, taking a cue from a line in Awoonor’s early verse, ‘My God of Songs Was Ill’, where we read, ‘come in with your backside’. The Promise of Hope begins in reverse chronological order, offering selections from Herding the Lost Lambs (2013) first and Rediscovery and Other Poems (1964) last. However, it is most rewarding to begin with Awoonor’s poetic first fruit, which dwells on a bucolic childhood, similar to his contemporary, Seamus Heaney, whose poetry is also suffused with picturesque and fertile depictions of farm life and landscapes.

Awoonor, son of a tailor father, originally from Sierra Leone, and a Togolese mother, was born in Wheta, a small farming village, and ‘baptized into the Presbyterian church’. His childhood is a landscape dominated by fresh water, teeming with wildlife, described with a vitality that calls to mind similarly nostalgic depictions in G ‘Ebinyo Ogbowei’s Marsh Boy and Other Poems.

From childhood, like his peers, Awoonor grappled with the ambidextrous challenge of both western and indigenous technology, culture and religion. He had to combine going to school as a young lad with the indigenous knowledge systems of the small, agrarian town into which he was born and lived, combine being a baptized Christian with observing ritualistic proceedings at the ancestral thunder shrine. Little wonder his early poetry obsesses about the notion of identity.

In a 1967 conversation with Robert Serumaga, Awoonor asked rhetorically, ‘The new African is caught up in the world of Europe…what is he going to about the wisdoms of his fathers?’ With the benefit of hindsight, it becomes clear that Awoonor did plenty with that wisdom, working fervently as a poet whose poetics never strayed too far from orature.

Awoonor’s poems, especially the earlier work that is more allegorical than not, grappled with his father’s gods, fishermen, seagulls, chameleon faeces and weaver birds. In ‘The Weaver Bird’, his metaphor for colonial presence, he describes the destructive nature of the encounter between western and indigenous African culture. Unsurprisingly, his was not the only art that was preoccupied with the conflict: his peers, Achebe, Clark, Soyinka, through various forms of art were also probing and prodding this socio-cultural situation.

When he was asked about how he saw the African society transforming under these circumstances, his response was: ‘The whole question of economic organizations and social organizations, or political institutions has really come to show that we have not had our education properly in terms of what we are trying to do; we have become black Europeans’.

Interestingly, the name George Awoonor Williams – that sandwich of English names and the vowel-rich African name – best captures the essence of the Black European, what he became whilst receiving his B Litt degree at the University College London. He writes in ‘We Have Found a New Land’ of:

Sweating away their humanity in driblets

And wiping the blood from their brow

And, this yet again might be a self-portrait redolent of the young Awoonor, who wore sport jackets, ties and kept a trimmed beard and a fluffy afro.

The young poet was precocious enough to have published his first collection as an undergraduate. That poetry was, at the same time, ponderous, elegiac and movingly lyrical. It read very much like work translated from another language and culture, with deep contemplation and nuance, characteristics that his 1971 collection, Night of My Blood, also shares. This early style is best exemplified in his long poem, ‘I Heard a Bird Cry’.

His third collection, Ride Me, Memory, and it is hard not to read an innuendo into that title, marks a slight departure from the obsession with translating across cultures. Instead, the poet’s voice profiles America rather lucidly. The poet, already known as the raconteur, becomes also the flâneur. The poet has become less interested in proverbs and allegories. He is direct with his subjects, like in ‘To Felicity, a Girl I Met in LA’, where he lampoons a lady he met, and the poem might very well represent his sentiments concerning America:

congeals the heart-warming desires of braves and stalwarts

and hides the entrance to kingdoms of joy

The suggestive allusions continue to find their way into his poems, even in by far his most sombre and stylistically different collection, The House by the Sea, a collection of poetic reflections on his time in detention. Besides the simple poems that express affection, like the poem to his daughter, Sika, on her 11th birthday, and the poems that dwell on loneliness, camaraderie and the inhumane condition of being imprisoned, Awoonor wrote poems like ‘Self-Portrait’, which reminisced about a ‘Texan sea at night’ and of a girl in Milwaukee who:

insisted on keeping her skirt on

when she took off later

underneath were reams of poems she wanted to read

It is noteworthy that Awoonor’s reflections behind carceral walls were mostly directed at America. In ‘An American Poem’, we read:

Between the sun and my head

a pen of blood rests to write the story

of Negroes hanged in Jackson

and trenches of Holland

The gun still patrols the streets

for Law and Order.

power in the horsey land

with gin aniseed and mead

regained now in the covenant of bread

Kofi Anyidoho avers, in his lengthy introduction, the troubled place that The House by the Sea occupies in Awoonor’s oeuvre, crowning it ‘the most challenging to read, to fully digest without a lingering sense of discomfort’.

However, in Latin American and Caribbean Notebook, Awoonor’s poetics ease away from the apprehensions that accompany political struggle and living in America. The poems of Latin American and Caribbean Notebook were written mostly during his time as a Ghanaian diplomat in Brazil and then Cuba. Like Ride Me, Memory, his poetry is both visual and personal. He finds himself at home in these new climes and, to borrow Anyidoho’s words, they felt like ‘replicas of ancestral grounds filled with memories of historical injustices and monuments of struggle’. Awoonor in his poem ‘Of Niggerhood’ says, ‘Memory told me I’d been here before/ once upon an age’. And in ‘Havana, Cuba’, ‘I walked Havana/ searching for the men of my village’.

Herding the Lost Lambs, Awoonor’s final, stand-alone volume of poems, brings all aspects of his poetics together. The voice is a nuanced and self-referential one, with the texture of language in translation. The proverbial tone returns but now the poet speaks with authority, like when he says, ‘where the worm eats/ a grain grows’, or when he prays, ‘benevolent fathers/ when we forget the loins from which we came/ nudge us back into the river’.

By far Awoonor’s most exuberant poem of this final period is ‘The New Boy on the Block’, presumably written for his last son and definitely a moving ode to fatherhood in ‘the falling years/ when leisure is less than planned/ and romance blooms in the eyes/ of a lovely woman’.

In Herding the Lost Lambs, as in most of his other collections, death is treated not as a life event to be contemplated in the abstract but as his impending reality. In ‘Across a New Dawn’ we read:

and death, when he comes

to the door with his own

shall find a homestead

And in ‘Counting the Years’:

when we resurrect the travelers

the anchorman on our singular boat

that will take us home

And in ‘Those Gone Ahead’:

I traveled on the seventh night

to Awlime, the land of spirits

to visit my people

Awoonor was 78 years old when death, which he had personified as a man, came to drop its ‘inimitable calling card’. However if he had been warned not to go to the Westgate Shopping Mall, he would have been adamant, for as he writes in ‘A Death Foretold’, from Latin American and Caribbean Notebook, he believes ‘in the possibility of freedom’ and ‘in death’.

There is no doubt that Kofi Awoonor is writing poems chastising death in the afterlife.