The Pursuit of Happiness 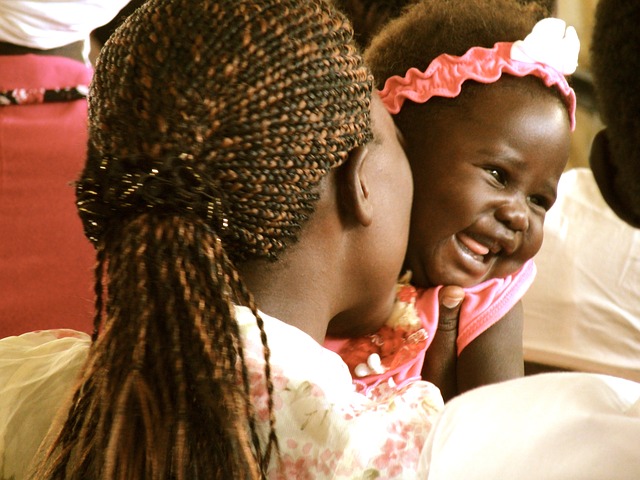 In recent times, the art of poetry has become a symposium for sciolism, to wit, superficial pretension to knowledge. Modern-day writers have taken it upon themselves to re-invent the forms and structures of poetry, to create scribbles they title ‘Modern Poetry’. Often characterised by irregular sentences and non-existent rhythm or pattern, such poems are frequently written by writers who would rather impress than express, and thus they end up using big words and complex sentences instead of simple, short ones; for instance, ‘superfragalisticexpialidocious’ instead of ‘fantastic’, or ‘discombobulated’ instead of ‘confused’.

Danai Mupotsa is not one of these pretentious poets, and the great pleasures that readers can experience in thumbing through the pages of feeling and ugly are the simplicity of the diction, the relatability of the themes and subject matter and the brevity of its verses. The poems are written with a simplicity that makes them relatable for those who have passed through similar occurrences; and for those who have not, the plainness makes it easy for them to empathise with the poet-persona’s plight. A downside to this, however, is that some of the poems may come off as prosaic commentary on everyday affairs rather than poetry.

A collection of sixty-six poems, Danai Mupotsa’s feeling and ugly is a pseudo-biography of the female child: how she is raised, the expectations society has of her, and her own will.

In the first two poems, ‘undutiful daughter’ and ‘little girl runs through the crowd’, Mupotsa examines the behaviour expected of a young girl. In the first poem, the poet-persona’s father complains of his daughter’s will and stubbornness, and her inability to conform to the societal norms laid down for her. The father is filled with shame at the thought of what people will say when they meet his daughter and realise that he did not raise her to be a daughter – he has, instead, raised her like a son:

he stubbornly wishes
he could have raised
the stubborn
out of me (p 3).

The poet-persona suggests that stubbornness is an attitude that only boys embody; girls bend but boys stand firm.

The second poem, ‘little girl runs through the crowd’, picks up the thread of the first. The poem examines the differences in how children are raised; how boys can run, jump and shout out loud but girls cannot because they are supposed to be conservative. The poet-persona examines how parents, actively or passively, raise their sons to speak out about their hopes, dreams, wishes and passions while girls, when they try to do the same, are shut down. The poem examines the difficulty women face in pursuing happiness.

The collection also contains poems that treat the travails of motherhood such as ‘feminist pedagogy’ and ‘Recitatif/For My Daughter’. Much like the tone in ‘undutiful daughter’, these two poems reveal older women teaching younger ones how to be the kind of women men want. The poem offers a double-edged realisation of pain: on one hand, mothers, aunts and grandmothers teach their daughters how to stuff their dreams and wishes away, and how to be a woman in a mans world; on the other hand, these women are only teaching what their own mothers passed down to them. The poet-persona posits that mothers are more than just mothers; they are people, human beings, poets, engineers, athletes, doctors and lawyers who once had and, perhaps, still have dreams and hopes but had to put them aside in order to be accepted, in order to be considered dutiful:

Things my mother taught me:
never call out a man
never ask him out
this is how you test your value (p 11)

While some poems are centered on love and feminism, others examine concepts like beauty, wealth and happiness. In ‘some people live in beautiful houses’, Mupotsa examines the relationship between beauty and happiness and the saying, ‘Not all that glitters is gold’. In the first few lines, the poet-persona examines the relationship between beauty and happiness, that beautiful (and wealthy) people are happy. By the end of the poem, however, the persona states that, ‘some people live in these most beautiful houses where they never even have sex’. On that last line, the poet-persona compares happiness to orgasms. Beauty and wealth, as with beautiful houses, involve appearances. However, true happiness, like orgasms, is private, sensations that course through a person.

It is often easy to forget that women, much like men, also have sexual urges that need to be fulfilled. Mupotsa uses her poetry to remind her readers that women are human beings too, and they get aroused. In ‘I won’t take a lover’, Mupotsa uses a sexually suggestive tone that is repeated in other parts of the book, like in ‘I dont think that I will ever stop writing poems’ or ‘some people live in beautiful houses’. For some readers, the effect of the sexual suggestiveness of these poems will only prove Mupotsa’s point that it is less acceptable for women to talk about sex and sexuality despite the fact that they too are sexual beings. The main point of ‘I won’t take a lover’, despite what its title suggests, is intellectual capacity. The poet-persona in the short poem states that she will not take a lover who ‘cannot use his tongue’. While the obvious interpretation of the sentence is sexual, the true meaning is that the persona wants a lover who is able to converse intellectually and, of course, rein in and control his tongue. It is well-known that the lash of a bitter tongue is much more painful than the scourge of a whip and the poet-persona states that whomever she will love or, rather, whomever any one would love should be a person who is able to control their tongue and engage in meaningful and intellectual conversations.

Mupotsa’s collection, although short and simple, is a comprehensible collection on the humanity of the girl child. The collection delves into the lives of boys and girls, how they are raised differently and how the circumstances of their upbringing eventually shape their lives and their search for happiness. The poet, unlike others who are perhaps afraid to broach the subject due to taboos and fear of stigma, is bold as she approaches the subject of femininity from different angles: from the emotional angle as seen in ‘I remember the first moment’ and ‘wedding vows’, from the physical, and from the sexual side as seen in ‘fruit bowl’, ‘hardcore’, and ‘I won’t take a lover’. A quick read, feeling and ugly is an enjoyable collection of free-verse poetry aimed at exposing the world to the realities of the female child in her pursuit of happiness.