The Thin Line between Heroism and Villainy 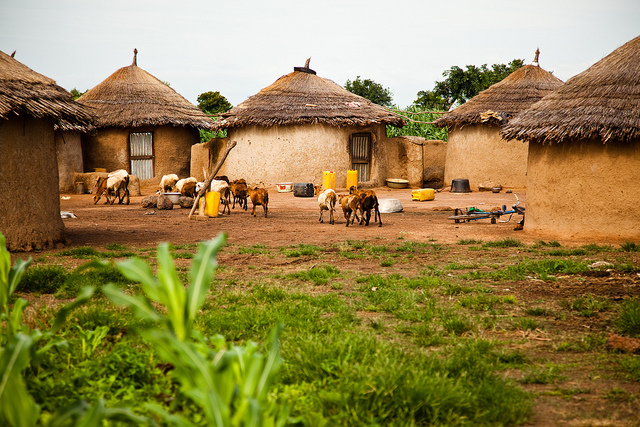 What happens when an individual wields an excess of power? Can there be a synthesis between tradition and modernity given that the former mostly frowns at that which the latter embraces? To what extent is the claim that every individual is a product of their society valid? These are a few of the questions raised by Dul Johnson’s Deeper into the Night. Although this is his first novel, his more recent novel, Across the Gulf, the collection of short stories, Why Women Won’t Make It to Heaven, as well as his other works attest to the fact that he is no dilettante when it comes to telling the African story.

In a bid to merge modernity and tradition, things begin to fall apart, evinced by a struggle between generations. Old Gwangtim, the founder of Gwangtim, is ‘a traditional man that modern things do not interest’, one who ‘even though had a modern compound, with some rectangular buildings and zinc roofs [never] liked to eat food or drink gruel prepared from flour ground by the white man’s machine’. During his reign, the people live peacefully and disputes are settled amicably.

However, his son, Nimfa, has other ideas. He is ‘a modern man, a different man with modern politics, different from [his] father’. Nimfa’s despotic reign transforms Gwangtim from a communal society into a capitalist one. In this sense, the novel explores the complexities thrown up by conflicting ideologies as well as the contradictions that attend such conflicts. Nimfa adopts the Hausa-Fulani system of absolute monarchy as well as an emir’s dress code in the process of ushering in a society in which ‘teachers, retired soldiers and civil servants, who used to patronize the local beer houses, abandoned them for the modern bar’.

Deeper into the Night juxtaposes communal and individual strengths in dire situations, especially situations that pose a threat to life and property. Here, communal strength is represented by the villages in Tarokland: Gwangtim and Taktim, both of which join forces when they are attacked by Hausa-Fulani settlers and eventually emerge victorious. In the novel, individual strength is portrayed in one of two ways. The first is backed by modernity (or modern drills) and unnatural spiritual power, as characterised by Mamzhi, the protagonist, who is also Nimfa’s son and Gwangtim’s grandson. The second is supported by tradition and spiritual power inherited at birth, as in the character of Nanzing, also known as The Strange One, who becomes the eyes and ears of the gods. Mamzhi becomes a beast in human flesh and goes to extremes to instil fear in the villagers of Gwangtim which helps them defeat the ‘strangers’ in their midst. However, even when he begins to show signs of villainy the people choose to look the other way, thereby guaranteeing that he becomes an oppressor who ends up wielding more power than the chief.

The author is known for exploring issues that affect not only individuals but also the society at large, notably the thirst for power, exploitation, violence, religious crisis, love, survival and family values. Alhaji Maiguguwa Nisa, a settler in Taktim, is a symbol of colonial presence. One can draw parallels between that character and the European colonialists when they came to Africa. The European colonialists came under the pretext of trade and religion; Nisa goes to Taktim under the pretext of teaching his fellow Muslims how to pray on the authority of Alhaji Dampara Danmatsi, the Emir of Karara. The pretence is soon abandoned as ‘Nisa took control of the business life of Taktim in the same way he had taken over control of the affairs of the mosque within one year’.

The novel also explores the impact of religion. Tyem Zhimak, the founder of Taktim, wanted his son, Chirmam, to be a doctor or politician but the young man turns completely to religion. Just after Chirmam accepts Christianity, he changes his name to Iliya (the Tarok form of Elijah), in the process rejecting his culture and traditional identity. He also begins to question his father’s spirituality. Julchit, Iliya’s girlfriend, also changes her name to Jolene but inspite of all the restrictions of their new religion, they still commit fornication. Such hypocrisy is the consequence of the struggle between personal desire and religious expectations. In this way, the novel becomes a satire on Christianity. But when Iliya and Ali, Nisa’s son, who are committed to Christianity and Islam, respectively, are executed in the most inhumane way, on the orders of Mamzhi, the reader wonders whether the author is implying that traditional power outweighs the potency of adopted religions.

In showing the extent to which violence devastates the Gwangtim community, the author uses well-grounded imagery and depicts gory scenes. While the villages are under external attack, ‘one victim writhing in pain had his intestines spilling out. Another, dead, had his eyeballs hanging [out]’, and farmlands ‘had become mounds of red soils and stones; graves that buried corpses except memories of good harvests in years past’. The novel has depth. The language is also accessible. However, there are too many characters in the novel, and a reader cannot easily keep track of them. Moreover, certain set-pieces are simply too grotesque. An instance is when Mamzhi makes members of The Group drink their urine and eat their faeces as part of their military training.

Mamzhi leads Gwangtim to victory against the forces threatening them and so becomes a hero but then begins to execute members of the community without any proof that they are traitors. Deeper into the Night shows that, as human beings, we contain both the good and the bad. And, as there is a thin line between sanity and madness, so is there one between heroism and villainy. While acknowledging that multiple problems arise when contrasting ideologies are conjoined, the novel advocates that individuals as well as societies should remain open to new ideas.