The Wretched of the Cameroons 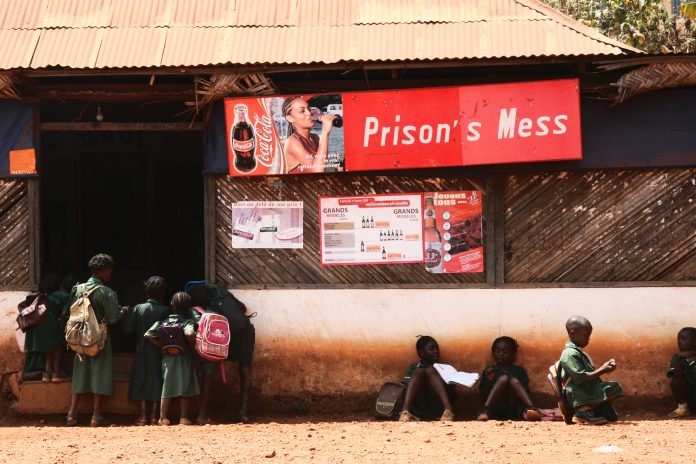 The recently deceased American author, E L Doctorow, once said that there is no such thing as fiction or nonfiction. In lieu of these two major categories, he proposed that there is only narrative. One is inclined, once again, to embrace this truth after reading two books by Cameroonians about living in Cameroon: Jean Tardif Lonkog’s Day and Night in Limbo and Nfor N Nfor’s In Chains for My Country: Crusading for the British Southern Cameroons. These two books, beyond having Cameroonian male authors, are both memoirs about the difficulties of existence and they staggeringly depend on remembrance and memory.

Whilst Lonkog’s Day and Night in Limbo, his second book, centres on the experiences of a teacher from the North West of Cameroon who takes up government employment – after his return from China (his time in China forms part of the subject of The Black Man and His Visa, his first book) – in Government School, Carrefour Poli, a village in the North of Cameroon, In Chains for My Country is an eloquent prison memoir that follows the fortunes of Nfor N Nfor, a staunch member of the Southern Cameroons National Council (SCNC) who was detained along with other members of his party in October 2001 following a peaceful commemoration of the ‘40th Anniversary of the confiscation of their Independence by la République du Cameroun’.

Both books depict the precarious existence of their authors. However, if Lonkog’s spartan existence is the consequence of a self-motivated odyssey, Nfor’s is imposed on him by draconian forces. A formidable crusader for justice and a bible-quoting Christian, this is not Nfor’s first incarceration and it probably will not be his last. He, being a tireless campaigner for the emancipation of British Southern Cameroonians, tenaciously holds on to the memory of a possibility. His story, and by extension that of his party, is couched in nostalgia and it draws similarities across Africa’s map.

Nigeria, a country that flanks Cameroon’s west, will serve for an accessible comparison. Nigerians, like Cameroonians, have been disenfranchised, have suffered the tyranny of kleptocracy and infringement of Human Rights. Wole Soyinka, during Nigeria’s Civil War, was incarcerated for years on account of his heroic attempt at fostering dialogue between the seceding Eastern Nigeria, Biafra, and the ‘undivided’ whole. His experience became material for his classic memoir, The Man Died, which remains a meditative masterpiece on seclusion and imprisonment. Nfor tries for this in In Chains for My Country, a contemplative narrative about his unjust imprisonment at the hands of the state.

In Nfor’s hometown, Bamenda, an anglophone part of Cameroon, the enemy is the state itself – the overbearing and draconian government of Paul Biya who came into power after President Ahidjo. The enemy speaks French, a language the author identifies as a tool of oppression. It is almost apartheid South Africa again, or worse. It is almost African Americans fighting for civil rights again, or worse. There are no variables, only parallels. There are truncheons for ‘whacking’ people. Guns carry live ammunition that kill protesters. Carnage is the rule. Boots and blows are meted out and the survivors are rounded up for inhumane treatment in detention centres. If anything, Nfor’s narrative trivialises Lonkog’s.

Lonkog is a foreigner of sorts whose foray into Carrefour Poli is a purely economic one. Carrefour Poli is the village of villages. In Lonkog’s telling, it is little more than a jungle where man and snake compete for territorial space. Electricity, a necessity, does not exist. Potable water and actual houses do not exist. In place of these necessities, of shelter and living, there are buildings with raffia roofs, lacking proper ventilation. These buildings frequently outlive their usefulness after being damaged by weather elements or reptilian incursions.

In Carrefour Poli, polygamy is rife and people marry as soon as they grow pubic hair. The relationship between fathers and sons is Freudian. A young son after attaining puberty is seen by his father as a threat especially if the father has a courtyard full of young wives. In a place of ennui, of spartan existence, of heavy manual labour, of tilling a land blighted by drought, men take twilight interest in the body of women and vice versa. Copulation is a pastime and the consequence is staggering: a large number of babies are born into a place of non-existent healthcare. Childbirth is a significant cause of mortality as is the lack of potable water as is snakebite. After every description of the abject poverty and the helplessness, the author repeats his favourite sentences, ‘Everything is in limbo. We are all in limbo’.

Lonkog’s limbo or re-creation of it is not without fault. Actually, the two books are similarly flawed. Of course there are different ways of telling stories effectively, but both books opt for intertwined narratives instead of clear narrative arcs. In place of narratives that carefully and patiently broaden the reader’s perspective, experiences are muddled up. Issues are touched upon and dropped without development. Undue repetition makes the narratives a tad untidy. The chapters, instead of working as narrative units, reveal the workings of a thematic logic, which fails because the theme(s) of these memoirs is only one: suffering.

In this light, Nfor’s In Chains for My Country is perhaps the better book on account of the more harrowing experiences it narrates. Within its pages, nothing surpasses Nfor’s narration of the experiences of Mary Bienna Kimbi, a fellow Southern Cameroonian, at the hands of the incumbent regime following the famously ‘irregular’ elections of 1992. Kimbi is quoted as having written, ‘“…after these tortures, I started menstruating without a pant or wrapper…I remain in cell without food or water”’. This severe, inhumane treatment cost the lady her life and Nfor’s argument is that the 1992 incident is just a symptom of a disease that flares up at will. The pathology of this illness is in the state itself and its continued repression of the British Southern Cameroons.

Nfor’s lamentations sometimes forgo prose to wax poetic. In one chapter, he shares two poems. The opening stanza of the longer poem, ‘Lament’, goes, ‘When the axe of/Conspiratorial colonial intrigues/Tricked the UN to violate/The mission of its own birth to humanity’. Essayistic is the kindest description of his poetics. In another part of the same poem, he utters a mournful cry, ‘Oh Colonialism! Colonialism!/A creation of the evil mind/The bane of people afflicted/The reign of man’s greatest evil/That dehumanises man/Making him lower than the ape’. Prosaic.

Yes, colonialism clearly deserves some blame. However, the blame for Cameroon’s misfortune might as well go round and not only to colonialists. The state must take the blame for its authoritarian character and failure to guarantee social and economic justice. Those citizens who maintain a relative state of apathy also deserve some of the blame.

If Nfor is the poetaster, Lonkog must be the fledgeling writer of sentences. His sentences seem constricted, as opposed to sentences that indicate a deliberate, spare literary style. Lonkog’s conceited humour is no triumph especially as the lens of his narrative is mostly turned away from himself; Lonkog is a voyeur peering into the markedly spartan existence of Carrefour Poli and this might be one of the shortcomings of his memoir.

Both memoirs, in the end, achieve what they set out to do: to sensitise, to shed light, to make known. The two books remarkably improve the knowledge of outsiders about life in Cameroon.

Photograph: ‘Prison’s Mess’ by Adam Cohn. Kids outside a restaurant adjacent to their school in Foumban, Cameroon