To Be or Become: A View of Lagos through an Oyibo’s Black Nyash 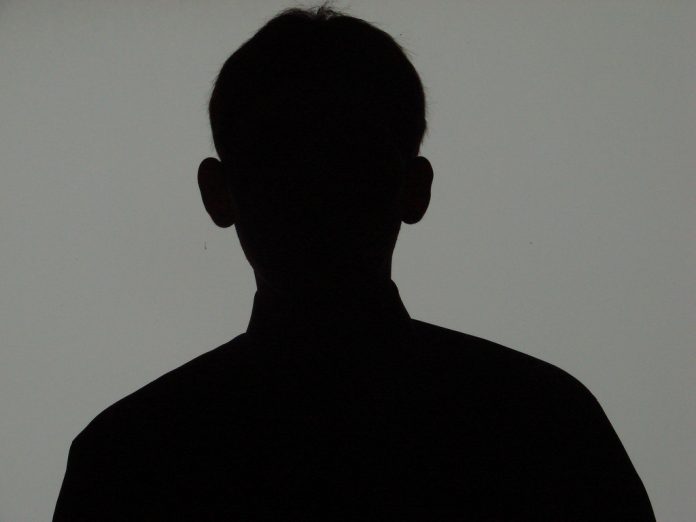 When the bare arse has been seen, what remains for a man to hide? How does our pigment determine our destiny? These questions seem to be the thrust of A Igoni Barrett’s Blackass, a funny novel of being and becoming. When one reads Barrett’s Blackass, Franz Kafka’s The Metamorphosis comes to mind, and that remains so throughout the book. One notices tributes to that famous, human-to-insect transformation story. For the first few pages, the reader will wonder whether they are not reading Kafka. It does not help matters that the first part of the book is preceded by a quote from the same Kafka. But, let us focus on our Blackass.

Blackass is an absurdist tale of Nigeria. The incidents play out in the microcosm of Lagos and are seen through the eyes of an oyibo with a black soul. A 33-year-old Nigerian, Furo Wariboko, wakes up on the morning of a job interview to discover that he is a white man. In the confusion that follows, he sneaks out of his family house, to which he never returns.

Furo remains his Lagosian self throughout the several pages of the novel. He uses his street sense to navigate a land that adores his new skin colour yet wants to exploit it in every way possible. The protagonist is himself shown to be callous and manipulative. The author however skilfully narrates his tale in such a way that readers will not be disgusted at the protagonist. Readers are made to look through the eyes of Furo and empathise with him.

The novel is full of heavy humour, which hits one on every page. We laugh at the way Nigerians treat the white Furo. Even as we think of it, we put ourselves in the position of the characters that surround him; we watch the white man eat fufu at a bukka. We laugh at the funny situations that keep coming up, like when a young woman helps Furo get cheap transport.

Furo gets a bigger job than was advertised, at Haba!, the company where he does his interview. He has two weeks to resume and has to find a way to survive till then. In his roaming, readers accompany him to an uncompleted building, where he stays the night, and then to The Palms, where he meets Igoni, a writer who buys him a drink but subsequently leaves him. The character Igoni, while similar to the author in many respects, including sharing his real-world Twitter handle, is revealed towards the end of the book to be different from the author, as that character becomes a transgender woman.

Syreeta, a mysterious lady, meets Furo and turns him into her kept man, feeding him and taking care of his needs. Readers are offered sex scenes of the two lovers. She also helps him settle into his new skin. She is the one who notices his black arse, at which she has a hearty laugh.

One easily notes that the tale of Furo is more exciting and flows better when he simply plays his Nigerian self. When he tries to become totally white, in name and act, like he does after Syreeta has made him aware that he has a black arse, things go totally wrong. He uses Syreeta’s cosmetics to try to bleach his arse but ends up with rashes.

The excitements of the tale begin to dwindle when Furo starts work at Haba!. It makes the reader want to shout ‘Haba!’ at the author. Furo becomes Frank Whyte, and the tale becomes, frankly, too white – plain, if you like. Furo who had hitherto been shown to be a free spirit, taking things as they come, becomes more officious and calculating. His character becomes shallower and more predictable.

As the novel is largely about Furo, it follows that there are changes in the plotting that mirror the changes in the characterisation. These changes are a sort of anti-climax. At this point, too, the book begins to give hints that Furo will be exposed as a fake. One begins to wonder also if he will not suddenly return to being black. Thus, there is a paradox of the anti-climatic change in tone, on the one hand, and, on the other, the suspense in wanting to see what happens at the end.

In Blackass, Barrett’s usage of Twitter and his attempt to capture the essence of that platform is reminiscent of a style that has also been used by writers such as Emmanuel Iduma, in Farad, and Sally Ken Dadzie, in her Fish Brain series. In Blackass, the character Igoni, who is also a writer, uses the handle @_igoni, which is Barrett’s real-world Twitter handle.

@_igoni connects with Tekena, who is Furo’s younger sister. Barrett’s Twitter narrative is longish and is not without its boring parts. Tekena’s Twitter ramblings detract from the plot of the novel more than anything else. But again, is the author being realistic and simply showing what most Twitter users are like? It could be his way of showing how Twitter, social media, is a diversion. Tekena’s ramblings however help to paint a picture of what is going on in Furo’s house and the effect of his disappearance on his family.

A hole in the plot is the failure to explain what led to Furo becoming white. Throughout the novel, readers will look for clues to the transformation and ask questions. Why did he become white? Did he pray to be white? Was there an experiment? How did all his melanin transform such that all of his external self – except for his arse, of course – became white? Was it a diabolical transformation, as popularised by the Nollywood narrative? Did he wish on a star?

All these are left unanswered even in the thoughts of Furo. Later, with the transformation of the writer-character, Igoni, into a woman, one gets the beginnings of an insight into the condition but this is left uncompleted. Even at the point where the transformed Furo and Igoni meet and the former reveals everything about himself, the vital information does not form part of the revelation. This leaves a feeling of incompleteness that will gnaw at the mind of the reader – especially if such a reader wants to experience Furo’s type of transformation!

Igoni’s transformation is an important aspect of the book that introduces a contemporary theme – transgenderism – but it is not fully explored in the novel. This second transformation adds more questions and a twist that in Blackass looks forced. Will Barrett explore the theme more in another novel?

Whatever the novel is or is not, there is no doubt that it succeeds in being a beautiful, ‘pacey’ satire that will leave readers thinking about a lot of things, including Nigerian culture, our values and the habits of many artists, particularly writers. The Kafkaesque rendition fuses tradition and the contemporary and through his masterly upturning of The Metamorphosis, Barrett makes us look at the world again through the weird eyes of wishes and dreams that become reality.

Barrett’s depiction of Lagos and its people is all encompassing, as we go to Egbeda, Ikeja, Ikoyi and Victoria Island. We feel the city’s crazy traffic jams, ‘go-slow’, on ‘treks’ with Furo or, at other times, on his rides with people like Headstrong, his driver, and Syreeta. The descriptions of Lagos are some of the high points of the work, and they are very realistic in many aspects. We are introduced to the beautiful and ugly sides of Lagos. The ugly sides get higher marks and evoke a feeling similar to that evoked by Ayi Kwei Armah in such works as The Beautiful Ones Are Not Yet Born. For instance, at the edge of Ikeja, Furo comes across a place where there are:

Splotches of faeces lining the ground beside a flyover whose concrete sides were plastered with posters of pastors and politicians; and under the bridge, littered around, their edges fluttered by the draughts from passing cars, were torn newspaper pages, crumpled notebook sheets, discarded lottery tickets, streamers of tissue paper, all stained with shit (p 41).

The way Furo, as a white man, gets preferential treatment across all levels of society shows the deference of blacks to the white man in Nigeria. It brings to mind, too, that popular sentiment that blacks are their own worst enemies, or to localise it, Nigerians are their own worst enemies. It is important to note that the novel shows some people who do not worship Furo’s skin and only welcome him when they discover his Nigerian side. This helps to create a balance in the narrative.

Different readers will take different things from the book but one idea that will strike most readers is something the author says in and through the book, ‘It is easier to be than to become’.