Unveiling Memories: A Review of Richard Ali’s City of Memories 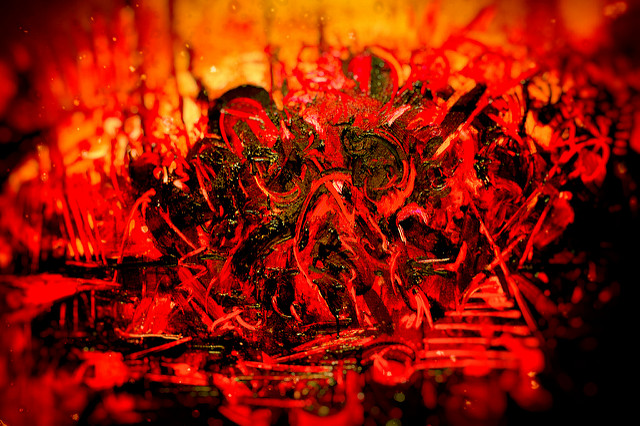 Memories are journeys we come into
beyond the walls of the mind –
like Chibok, closing in,
slowly, to an early embrace;

an embrace that chokes into
a fragile submission;
for we are all travelers waiting
for the first sign of light –
the sun, in orange, leading
to the prologue of things to come. – Noah Oladele, ‘The Sun Will Rise Again’

City of Memories can be said to depict a microcosm of Nigeria. Richard Ali narrates the story from the point of view of different characters, all of whom express one thing in common: responses to massacre, war and dehumanisation. The political, economic and social setting of northern Nigeria in the 1990s is brought to light through the romantic relationship between two characters, Faruk Ibrahim and Rahila Pam. One of the major pivots around which the novel’s art of creativity spins is romantic delicateness.

The title of the novel is a striking image of Bolewa, a city of psychological, spiritual and war-like memories. The reader is presented with the city’s repertoire of experiences including those experiences that lead to the psychological breakdown of Ummu al-Qassim, Faruk’s mother. Faruk’s father, Ibrahim Dibarama, describes it in this way, ‘Bolewa. City of memories, a town of death that had unhinged his life and taken his wife from him slowly, as a virus eats a memory chip’ (p 5).

The outline of Bolewa is filled in with more detail when Faruk’s Oedipus complex leads him in search of his late mother’s history:

His thoughts went back to Bolewa during the war and the years before the Civil War, when they were all young together, when hope and happiness and beauty were still alive and well – when a whole generation did not have to forget an incident they could not come to terms with. And here now, in this house, three decades later, the child of that incident sought its details (p 112).

For the reader conversant with the religious divide in northern Nigeria, the fact that Faruk is a Muslim and Rahila is a Christian is enough to scuttle their affair. Also, the political games as well as the psyche of their parents serve as other obstacles to the growth of their romantic feelings:

Eunice Pam does not approve of their relationship because Faruk is a Muslim and her daughter, is of course, Christian. But it is more than that. There is an angle to it. In the years since I came to this town, I have made enemies as well as allies. Eunice Pam became one of my enemies sometime in the mid-eighties because she saw herself as a counter point to my politics (p 103).

In City of Memories, the author is at pains to show that the problems of the city began during colonial times:

[A] city on a bed of mountains; it had always drawn people to itself—like some sort of jewel in the heart of the country. Through the peril of upward-winding trails with sudden fatal drops, through the cold that started like a lover’s touch and seeped then killed like poison, through passes guarded by rocks that would fall on heads without warning – men came through. The British came seeking fortunes, laying rugged railway lines to ferry their plundered tin and minerals to the sea and England. Brawny labourers and wily tradesmen from all the lands of the Niger, seeking fortunes of varying sizes, came as well. The history of the city was one of periodic spells of rapid growth, especially when the surrounding savannah was troubled…. In the olden days, people came because it was easy to defend against men who desired kingship and sought kingdoms over them (pp 62–63).

This was compounded by the Civil War, which Dibarama would like to expunge from his memory:

Within three years of January 15th 1966, the core of the northern officer corps was lost on battlefields scattered like death magnets across the seceded South-eastern Nigeria. Ibrahim had met his friend Hassan only once during the war years, when the picture was taken, in January 1968 at the Second Army Division in Ibadan where he was stationed. Hassan Abba had already seen action during the fall of the Biafran capital – Enugu. That was just before the long stalemate. Ibrahim Dibarama had often wished he could delete the date, January 15th 1966, from the history of Nigeria – it was that day that national schisms started setting themselves in stone (p 155).

This is further compounded by the crisis between herders, of one ethnicity mainly, and farmers from a variety of minority ethnicities, an issue that has been in existence for a long time:

Crisis erupted again yesterday in Nigeria’s increasingly volatile North Central state with scores killed in a communal clash over grazing rights between the nomadic Fulani and the Tiv tribesmen of the River Benue trough. The local Red Cross has put the death toll at about one hundred already, a figure categorically denied by local government officials. Historic tensions have existed between the Fulani tribe, who along with the Hausa dominate the northern part of the country, and minority tribes in the north. In the urban areas, it finds expression in cries of political marginalization, while the countryside seethes with strain between the pastoralist Fulani and the indigenous farmers in what is Africa’s second-most fertile river valley (p 152).

The drawback of the novel is that it drags the reader into political and historical tales which bear little or no relation to the events it describes. Notwithstanding, the author’s ingenuity lies in his contributing his quota to addressing the dearth of English Language literature that centres on that part of the country.

The great virtue of Nigerian fiction when it realistically depicts a critical period in Nigerian history is its ability to engage the reader’s imagination. Ali’s City of Memories deals with the human response to the subject of death, the destruction of political systems, and the possibilities of love and optimism. Written with the eye-of-god narrative technique, the novel tackles the predominant problems of recognising the ways in which historical memory survives, thereby offering a way to defeat the collective traumas that have defined Nigerian society.