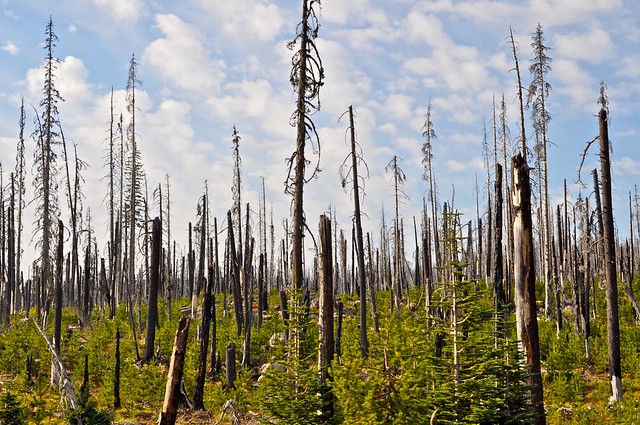 One kind of poetry that resonates with readers is the one that recounts the lived experiences of the poet. How believable the words on a page are can make a collection more alluring, that is if the poems are constructed not from imagination or mere hearsay but, rather, from personal experiences. A number of African poetry volumes – Niyi Osundare’s Tender Moments: Love Poems, a collection of poems about the poet’s experiences with Hurricane Katrina in the United States, and Wole Soyinka’s A Shuttle in the Crypt, a collection that depicts the poet’s imprisonment in Nigeria and revolves around the theme of inhuman isolation – have sourced their inspiration from lived experiences.

Fire Drought Water flows into this mainstream as the poet, Christine Coates, organises her poetic thoughts to project the brutality of disasters arising from natural and human causes in our postmodern age. The collection can be read as an experimental orchestration around the themes of destruction and restoration, lugging the weight of three types of inhospitable disasters: fire, drought and water. Structurally in eight sections, the collection is composed of thirty-one poems, projecting images of the wounded, the bruised and the dead, among others.

Personal experiences have usually been the muse of the poet. For Coates, there is no better inspiration in art than the day-to-day emotions of life. This is possibly the reason most of her poems give a reliable description of life as opposed to presenting idealism, heroism and a wide variety of preconceived ideas. Her debut collection, Homegrown, offers a wide range of poignant emotions, from the personal to the political in South Africa. Just like Homegrown, Fire Drought Water is a delicate interlocking of personal memories and ecological scenery, filled with sadness, pessimism and devastation. The following questions arise: can poets talk about their lived experiences? How relevant is art in pouring out the mind’s burning issues? How much can one know about the war between humans and nature? What is the relationship between literature and environmental destruction?

The poem, ‘Summer Fire’, concerns itself with the survival of humans and nature. It describes how technology was used to fight fire when the Silvermine Nature Reserve in Cape Town was engulfed. The poet describes it thus:

The helicopters wake me flying
loud and low
sounds that grip me in fear
as if I’m in the Vietnam War
The mechanical insects
the water buckets
fly all through the day
dropping water (p 10).

Towards the end of the poem, the poet-persona cynically announces that despite the efforts of technology, the essence of the reserve could not be saved:

Then silence –
Just smoke lifting like clouds over Silvermine

Later, when it’s over, the smell
Of burnt trees and fynbos drifts in the air (p 10).

What more do we expect from the folks whose lands have been affected by drought than to dream of or make supplications for rain? The poem, ‘The Thirst’, presents the dream of the poet-persona:

I dream of rain

The second stanza of the poem shows that the speaker’s dream has not been actualised as ‘the sun watches the earth’ and ‘clouds are swallows flying north’. Still, the ending conveys the optimism of the speaker:

I am a beggar

‘The Garden’ conveys the devastating relationship between drought and fire, focusing on how the former is a call-to-action and an catalyst for the destruction brought on by the latter. The poem largely draws its inspiration from the devastating fires and severe droughts in Cape Town, in 2015. It provides clear evidence that drought interacts with fire and interferes with forest productivity. The poet dips into the Bible with the first three words, ‘In the beginning’ (John 1:1), to underscore the environmental experiences of the African people before drought transforms the narrative. The poet-persona showcases the state of the mountains and rocks in the thick forests of South Africa such as Stellenbosch, Hottentots, Holland and Paarl Rock, as all are covered by ‘tall gum trees and pines’ before drought comes to redefine the ecosystem. In an in-the-beginning era, farmers are occupied with agricultural activities such as ‘cutting paths’, ‘the overgrown bush’ and a league of others. Trees are also used as a spatial setting for Africa’s folklore, like the stories of the ‘snakes and frog’. With all the peaceful experiences, the poet-persona grieves for how fire crosses their path and in turn transforms their tales, thusly:

One hot day a perigee moon was rising,
a burnished puff adder
crossed our path and we were afraid.
We began as strangers
here, the naked pulse of summer.
You were engaged with naming the world,
I changed
my name to the colour of absence.
Come back come back
the nothingness of words (p 17).

Coates’ aesthetic drive is impelled by her desire to entrench ecological concern as an inescapable credo in Africa’s poetry practice. The poem, ‘Ash of Fires’, as the name implies, connotes the effect of fire on humans. This poem laments the aftermath of a fire outbreak in society and its effect on animals, reporting:

the ash of snakes

The last few lines of the poem are more hopeful in the way they cast the end products from the charring of plants and animals as nutrients:

The mountainside, the blackened seed heads,
the charred out bones, skeletons of bird and bush,
trees and tortoises;
a death yard, but also – hard to say this –
a yard of nutrients (p 13).

The poem, ‘When All the Water Leaves Us’ is very transparent in its thematic offering, picturing the state of drought in the speaker’s home country. For the speaker, it is not only the folks that suffer, nature also shares in the suffering. The poet-persona says:

everywhere the frenzy of cicadas

All I can think –

Calling attention to the ecological habitat’s reaction to drought, the poet-persona states:

The sea sings a high-pitched flute

the wind whips up waves

In comparison with ‘When All the Water Leaves Us’, the poem, ‘Drought Record’, is really ecological in its thinking. With sharp and pointed lines, we see how nature keeps record of the drought in Cape Town, as when the poet-persona says:

The sea on its knees

As a result of the situation, it would seem Coates decides to write this poem to quench her thirst. The last line has a ‘whoa factor’ due to its imagery. Coates in this sense deepens our thoughts to the possible survival of dragonflies in this horrifying situation:

I grasp at words as at drops
thirsty for poetry
but they flee north with the rain
I’m lost in a desert
watch dragonflies write
a mirage (p 27).

The poem, ‘Losing My Religion’, merges the poet-persona’s religious belief with drought to outline the dilemma of the people. The word-on-the-page is believable and one can easily relate it to the African credo of seeking the support of God, but in a U-turn, it challenges the Supreme Being when the prayer is yet to be answered. This poem finds a way to touch the emotions of the people and sympathises with the painful state on ground. Driven to almost losing faith in God, the poet-persona eventually speaks about her trust in God:

I believe in you
like a forgotten lake
I left my body there
nameless
in a wall
in the landscape
Spring arrived alone
it arrived without water (p 40).

The collection moves clockwise in the way it deals with themes, moving from destruction to restoration. The poems, ‘Early New Year’ and ‘Winter’ revolve around the ideology of restoration, after a long period of drought in the society. In a more lenient tenor, the speaker in ‘Early New Year’ celebrates rain, basically because it does not lead to flood:

The rain is falling softly

I hear the dripping outside

a car drives down the road

‘Winter’ reiterates the delight brought on by the downpour:

It weeps all days long

over forest and beach –

In one respect the collection passes on opportunities to surprise the reader. The titles of many poems already carry their thematic weight. As a result, one already knows the message before reading the poem. The collection’s shortcomings are, however, pardonable because its poems are capable of painting profound images in the reader’s mind.

The keywords of the collection – fire, drought and water – serve as signals in calling attention to the distressing inferno that swept the Cape Peninsula in March 2015. Fire Drought Water is a call-for-rescue collection that aims at maximising the art of poetry to advocate for the preservation of Africa’s ecosystem. The sublime poems in the collection – in clear and succinct lines – portray the psychological complexity of our postmodern world. With this collection, Coates has joined the league of inspirational African poets.