W Is for Woman and War: A Review of Beatrice Lamwaka’s Butterfly Dreams and Other Stories 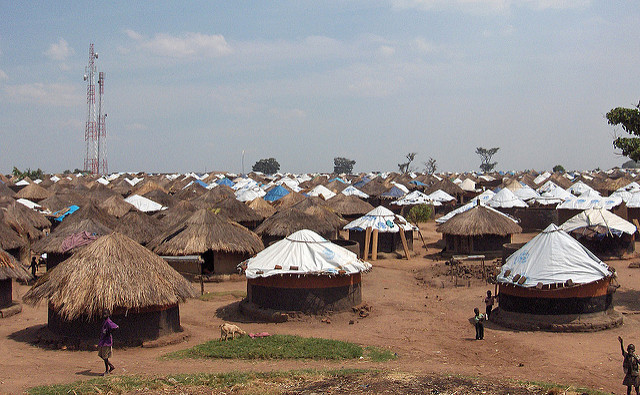 Although it claims to be a collection of short stories and poems, Beatrice Lamwaka’s Butterfly Dreams and Other Stories features a continuous plot line told from different, yet similar, points of view. Instead of a collection of stories with different plots across diverse settings, Lamwaka’s collection is a confluence of points of view with the same spatial setting. Where the spatial settings of the stories vary, the collection reads like it covers the lifespan of one character, as Lamwaka tells her stories from the viewpoints of a child, an adolescent, a full-grown woman and an old woman.

Set during the Ugandan Bush War of the 1980s, the collection portrays the impoverishment and suffering of the Ugandan people as their farmlands are turned into refugee camps and their children are taught how to hold guns. The first thing that stands out in the collection is the figure of the female child soldier. While most stories – both the fictional, like Chimamanda Ngozi Adichie’s Half of a Yellow Sun, and the non-fictional, like Ishmael Beah’s A Long Way Gone – explore the process of conscription as something that happens to the male child, Lamwaka explains that it is also imposed on young girls, and in her stories, ‘Bottled Memory’ and ‘Butterfly Dreams’, she brings the reader’s attention to the difficulties child soldiers face in trying to adapt to normal life after a war.

In the fifteen stories and five poems that make up the collection, the reader might notice that Lamwaka always prefers to tell the story from the female angle. The few times men are mentioned, they are either viewed in the past sense, such as the death of a loving and hardworking father or brother in ‘Butterfly Dreams’ or they are viewed negatively, as pursuers of war and pestilence, as plunderers and creatures of lustful desires, as seen in ‘Sunshine’ and ‘Pillar of Love’. In fact, it can be said that ‘Chief of the Home’ is the only story in the whole collection that portrays a living male character in a positive light but even then, the story is told from the viewpoint of a woman who describes the arrival of a man in their farmland-turned-refugee camp. The unnamed woman in the story examines the customary duties of both sexes and how a man becomes loved, by all, simply because he performs tasks which have been assigned to women by time and culture.

Womanity, that is the humanity of womankind, is the sole focus of Lamwaka’s collection. In several short stories and a few poems, some of which hold too few words, Lamwaka examines the concept of womanhood and its relationship with war. It is often said that the people who suffer the most in any war are not the soldiers who are pumped full of bullets on the battlefield or the commanders who place fingers on maps to decide the next location where the earth would be bathed in blood, but the women and children who are left behind. In addition to being treated as spoils of war, as chattel, Lamwaka reminds the reader of another dimension to the suffering of womankind during war: the fact that young girls are also conscripted into the army.

‘Butterfly Dreams’ tells, from the viewpoint of a community member, the story of a female child soldier who tries to adapt to post-war life. This same story, with the same setting, is retold from different viewpoints in ‘Trophy’ and ‘Bottled Memory’. In ‘Trophy’, however, the main character is lucky enough to escape conscription before she is introduced to the harsh realities of war while in ‘Bottled Memory’, a direct contrast to ‘Trophy’, the persona is plagued by the companionship of conscience and memory as the memories of war she has bottled up break her wide open and leave her susceptible to the loss of her child.

Motherhood, a major part of being a woman, also plays a great role in Lamwaka’s collection. The position of a mother is greatly emphasised and Lamwaka explains how much children need the care, attention and support of their mothers as they grow. In ‘The Star in My Camp’, Lamwaka examines the life of a young girl whose mother abandons her in a refugee camp to be raised by an uncaring grandmother, who uses the unfortunate abandonment to gain money and popularity. In this story, the last in the collection, Lamwaka explains that all mothers must cling to their children as no one, not even a grandparent, can love and protect a child like a mother can. The concept of motherhood, or the notion of Ma, runs through all the stories. In ‘Just Like Ma’, Lamwaka makes the point she later reiterates in her last story by examining the impact of a mother on her child. In ‘Vengeance’, Lamwaka explores the belief that childbearing women are more valuable and should be more cherished than women who are unable or simply refuse to bear children.

Lamwaka also briefly examines homosexuality in ‘Pillar of Love’, where the female protagonist, who is married to her girlfriend, seeks love and motherhood in the arms of a man, only to be harshly awakened to the rough reality of male traits. In ‘Queen of Tobacco’, Lamwaka draws out the similarities between men and women by explaining that the vices which are usually considered the exclusive of men can also be found in women.

Marriage is also brought up in the collection, in two stories. In ‘Bonding Ceremony’, she hints that a marriage is not only the product of payment of bride price but also the meeting of two different minds. The author punctures the prejudiced notion that all marital rites and financial responsibilities are borne by the man, even when the woman gives considerable support. Secondly, Lamwaka examines the permanence of the institution of marriage for women and how most wives are known only by what their husbands make of them. The author explains that although men, by culture and customs, are encouraged to marry as many wives as they possibly can, their wives face a more permanent position in marriage and are often more inflexibly bound by the dictates of tradition.

The brutal reality of female circumcision is also brought to the foreground in ‘The Missing Letter in the Alphabet’, where the protagonist likens herself, her body, to the twenty-six letters of the alphabet and she, like most of the other women in her community, is missing the letter C, which has been painfully cut away in order to make sure that she stays faithful to her husband. Here, again, Lamwaka explains that much value is placed on a faithful wife, even at the price of her sexuality, while less pressure and less expectations are placed on men; a man is the chief of the home and, as such, he can bring as many women into it as he pleases while women are bound and shackled to the men who ‘buy’ them from their fathers.

The odd story in the collection is ‘Silver Fish’, in which Lamwaka examines the difficulties Ugandan writers face. While there is much value to the specificity of the story, with respect to the lack of recognition and patronage for Ugandan writers, it is more accurate to examine the story as a reprimand to Africans who shun the works of black writers while embracing those of foreign writers. However, even in ‘Silver Fish’, Lamwaka buttresses her points on womankind as she briefly examines the concept of marriage again, and how unfair it often is to women.

While Lamwaka definitely leaves a lot to be desired in her short stories, ending her tales in ways that convince the reader that there is much left of the story to be told and much that the author has not talked about, it is quite correct to say that she has brought an uncommon perspective to the impact of war on womankind, particularly by pointing out that women are also conscripted. Through Butterfly Dreams and Other Stories, Lamwaka explains that although everyone suffers horrors during war, there is, however, very little consideration for the pain and suffering women face in such times.