Weaving the Past, Present and Future 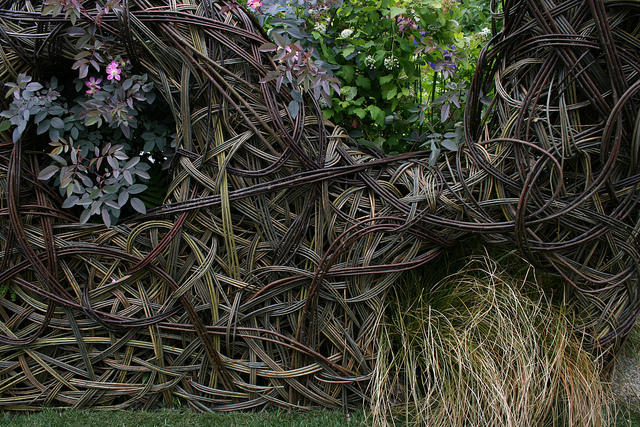 Obaro Ikime, historian and retired professor of the University of Ibadan, hopes to fill a lacuna in the library of accessible and extensive works of historical knowledge with this masterpiece, Can Anything Good Come Out of History?. He sets out to document a historical ethnography of Nigeria and provides us with an astounding overview of political occurrences from the time of the colonial administration to the present. The array of themes explored can be separated into three interwoven strands: an examination of the manners and expectations of the political administrators; the ideas of unity and cooperation juxtaposed with division; the fundamental need to incorporate history in the educational curriculum.

Obaro Ikime’s Can Anything Good Come Out of History? follows his acclaimed debut volume of essays titled Groundwork of Nigerian History. The latter situates Nigerian history in the compounding problems of colonialism, imperialism, identity crisis, war and a mass of others. The former continues from where the first book stops. Can Anything Good Come Out of History? reminds us of the past and attempts to call for a redefinition of Nigerian backwardness. It demonstrates the connectedness of history to humanity as history provides data through which we understand the dynamics of society. It also serves a utilitarian function by providing information that is imbued with the capacity to deliver contemporary Nigeria from its defective state of existence.

The book’s preface is more than just an introduction; it is a lecture on the history of the nation and why history, and/or the historian, is relevant in the humanities. Anxious to reveal historical facts in the book, the author still gives us a thought-provoking idea before discussing the varying historical perspectives on Nigeria. Ikime uses the history of Mungo Park to find a way to speak back to Western assumptions about historical material, thus:

For all those who have trouble seeing the relevance of history in modern society, Ikime succinctly gives a sharp answer in the first paragraph of the introduction. ‘The title of this book tells the reader the reason for publishing it…. The aim is, as it were, to prepare the reader to seek to answer the question which constitutes the main title of the book’ (p 1). With this, the book privileges history over any other discipline in the humanities.

As captured in Chapter Five, the book tackles the nonchalance of the populace, notably, when the issue of national unity is raised for intellectual discussion. One of the problems we encounter today is that ‘Nigeria is [a] multi-ethnic nation – a common wealth of separate nations almost’, Ikime opines. This has left a legacy of ethnocentricity and divisiveness that stands in the way of national unity. Ikime challenges Nigerians on this by providing examples of multi-ethnic groups in other countries that have put aside their differences to form national unity, such as the United States, Russia, France, etc. To him, if all the people in these countries can forget their differences and bargain for national unity, Nigerians can do the same. He further argues that ignorance and stereotypes are factors militating against national unity by asserting that, ‘there are ministers who have never read any history of the country over whose affairs they now preside’ (p 95). A result of this ignorance is the stereotypical view presented here:

Here in the South, the Hausa-Fulani (and by this is meant virtually all the peoples who inhabit the area north of the Niger-Benue waterway!) is gambari – an ignorant fool; the Yoruba is tricky and utterly untrustworthy, a specie to be constantly watched; the Igbo is grabbing and fiercely and incurably ethnic: the Bini, wicked and dangerious; “Sobo wayo” (p 96).

The decay in the political area is ironically delineated below:

Nigeria has not, thus far, evolved a national political culture. There really is nothing which the holder of political office is forbidden to do! A minister forced to resign from office for corruption can win a landslide victory at a subsequent election. He can, when he dies, receive a state funeral! A military officer found to have abused his office as a governor and consequently stripped of his rank, can contest and win elections as a civilian governor and subsequently becomes an appointee of a Federal Military Government. An executive President can be removed from office by the military because of the corruption of his regime; and yet be absolved of all blame for the corruption of that regime. Hail Nigeria, Africa’s giant! (p 156).

The book also talks about bad leadership and how the people contribute to it:

Indeed our people expect that if their son is a minister, he should steal enough to distribute to them! If he is caught, they know that nothing will happen to him any way – so are they all thieves (p 157)!

Ikime’s book is forward-thinking in its efforts to chart new pathways for historical studies. It argues that history is somewhat like the holy book of the nation: it is significant and necessary. It is a revelation of the people’s past, on which basis the may reconstruct the future. As Ikime puts it, ‘history is the memory of human group existence…because we cannot have a perception of the present that is not strongly influenced by the version of the past’ (p 169).

To foster development in Nigeria, therefore, Ikime advises the youth to struggle and attain the best form of democracy. He gives a typical example of his activism and how he struggled for his country when the census of 1964 was believed to be shamelessly manipulated for political reasons. He valiantly joined the team to protest against the manipulated figure. This led to his detention in Iyanganku Police Station but bail was later secured by the then Vice Chancellor of the University of Ibadan, Professor Kenneth Onwuka Dike. The book points out that there is much more work to be done, and Nigerians need to understand how a nation is governed. It is thus the duty of every citizen, particularly the youths, to install proper and effective democracy by taking part in the political affairs of the nation, as Ikime writes:

The point that has to be made is that nowhere in the world has democracy been installed as a way of life and a system of government without some people, some groups, paying a price for it. Ask Beko Ransome-Kuti. Ask Gani Fawehinmi. Ask the members of the Committee for Democracy (CD). Democracy will not become a way of life in Nigeria until more and more people are ready to pay a price (p 207).

In building a nation, the book’s finding is that history is not a useless discipline and therefore should not be relegated. It is a subject which places value on the growth and development of the nation. Via history, we understand that Ile-Ife is regarded by the Yoruba as the cradle of Yoruba culture and civilisation; Sokoto Jihad was a movement which sought to make Islam the basis of government in Northern Nigeria; Benin people had a strong link with Olodumare; and Nigeria was colonised by the British. We have been able to make meaning out of history by evincing a desire to understand our roots and to foster great development.

Here is an important book about history that weaves – in one throw of the shuttle – the past, the present and the future through a projection of facts. The essays are well-written in clear and succinct language. Lists of additional readings encourage further research and study on all the historical facts provided in it. The predominant subject matter that ties the images and events involves the idea of going back to the past to reconstruct the future. Ikime speaks of the historical tragedies of the nation in order to seek redress. Even though the book does not engage with African history in general, it is research material for scholars, historians, researchers, geographers, sociologists and archaeologists in the field of humanities. In short, the book cannot be ignored by any student, lecturer, and researcher of Nigerian history, both at home and abroad.