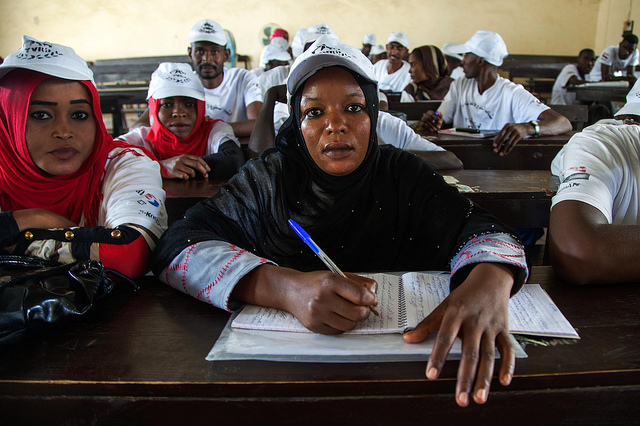 Tochi Okafor is a widely recognised figure in the field of youth development. He begins this motivational book by emphasising the importance of youth as a delicate stage in a person’s life. He reels off names of people around the world who became known for great things in their teens and twenties. He regrets that most young people postpone their dreams until they have acquired a university degree, whereupon they go searching for non-existent jobs instead of channelling their entrepreneurial energies into creating opportunities for themselves and others. To make matters worse, many of them engage in anti-social activities as a result of their unemployment. The author himself is not enthused about white collar jobs, which he sees as characterised by wage slavery and the stifling of untapped potential. The work that brings satisfaction is the one we generate for ourselves.

According to the author, youth spans a timeframe of twelve years. It is the time for taking risks, experimenting with new ideas, of failing and beginning afresh; in short, advertising their talents and making the world pay attention. Failure to do so will result in a life of hardship, where one merely struggles to survive. Okafor believes this is the problem of Africa generally, a demographically young continent where young people fail to take responsibility for their own lives even when their governments fail them. This, according to him, is what differentiates developing countries from developed ones.

The author also decries the way in which successive African governments, Nigerian ones in particular, have systematically dealt with the problem of social vice by eliminating the perpetrators instead of attempting to rehabilitate them. He cites the examples of oil pipeline vandals in the Niger Delta and Boko Haram militants in the north. Okafor believes that most of these vices carried out by young people are just a way to get the attention of the government, so the government must punish them for offending the state, but must also reintegrate them into the society to be useful individuals and agents of national transformation.

In seeking to convey his message, the author uses Abraham Lincoln as a case study. Born into a poor family, Lincoln experienced tragedy for the first time through the death of his mother when he was just nine years old. He subsequently channelled his grief into reading books. The author is clearly of the opinion that the best way for young Nigerians to achieve greatness is by reading because books will open them up to a world of endless opportunities. Reading also helps to fine-tune their reasoning and leads them to make good life choices. Books are a reservoir of power that never dries up.

In particular, the author stresses the importance of never losing sight of ones dreams. He uses the founding fathers of Nigeria to buttress this point:

As youths, they never enjoyed university education in Nigeria but they worked hard to secure education abroad and gave us indigenous universities. They gave free education to the children and youths. They were not only nationalistic but also Pan-African in their thinking. As young people, they not only worked hard to educate themselves for the future, they also built their own businesses before delving into politics after dismantling the colonial political structures in Nigeria. They were a generation driven by ideology and one unwavering vision national development – political freedom and education for all.

The author insists that young people should focus on what they want for their lives and stop thinking about how hard the journey is or how long it will take. He stresses the importance of writing down goals in order to remind ourselves of them whenever we become disheartened. He also emphasises the importance of small beginnings. Most Nigerians have acquired the mentality of wanting to make big money immediately. They are rarely interested in building enterprises from scratch. This has led many into fraud, kidnapping, etc. But joblessness is only a state of mind, as Okafor puts it:

Joblessness is not a physical state; it is a static state of mind. It is a state in which the mind is not usefully engaged. It is a situation in which the mind is not given a target to hit because the owner is waiting for an external force (an employer). Newton’s law of motion states that an object remains in a state of rest until force is applied. You remain unemployed until you employ your mind. The man who will move the world must first of all move himself. You are not jobless because you have no job. You are jobless because your mind is not working towards a useful end. Your mind is not working because you have not given it a task.

To drive home his point, the author provides examples of successful companies that began small. Apple Inc, for instance, began in a garage. Its founder, Steve Jobs, was a college dropout who worked alongside his team to transform the world of personal computing, music and mobile phones, earning him the nickname ‘the 21st century Albert Einstein’. The author advises young people to give their dreams time to grow and to never lose track of their daily goals, which he maintains is the ladder to success.