Of Crimson Blossoms: How Much of the Nigerian Society Do You Understand? 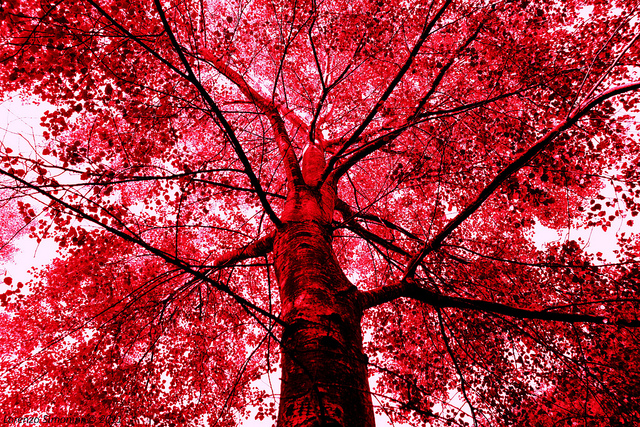 ‘The correlation of melancholia and mourning seems justified by the general picture of the two conditions. Moreover, the exciting causes due to environmental influences are, so far as we can discern them at all, the same for both conditions’. – Mourning and Melancholia, Sigmund Freud

‘Nobody is questioned; nobody is questioning; the poet is absent. And the question involves no answer, or rather it is its own answer. Is it therefore a false question?’ – What Is Literature?, Jean-Paul Sartre

In what is arguably his most insightful work, Economic Agenda for Nigeria, published in 1992, Uchenna Nwankwo expatiates convincingly, in very modest but clear terms, on how Nigeria’s ‘bleak and desperate economic situation’, by and large, ‘has had serious implications for the nation’.

For emphasis, in an equally significant book, On National Reconciliation and Development: Ideology of the Nigerian Centrist, published in 2002, the same author makes it a point of duty to affirm emphatically that, ‘The year 1981 marked a turning point for the Nigerian economy. In that year, the nation’s GDP took a dip, a decline after many years of steady growth’.

The view expressed in those observations is not held solely by Nwankwo, as we discover in a three-part series published by Biodun Jeyifo in The Nation newspaper and titled, ‘The Mode of Surplus Extraction Changed and Corruption Became the Glue That Holds Things Together: Notes for Young Compatriots’.

Jeyifo argues, and rather compellingly too, ‘that things have not always been the way they are now and that things are the way they are now largely because our elites do not have to oppress workers and farmers for oil wealth and this has erroneously wiped their consciousness clean of the need for responsible and sustainable governance’.

Quite frankly, Nwankwo’s observations and Jeyifo’s missive, addressed to his younger compatriots born after 1980, carry in their bellies a distinctive message about what are the ‘causes due to environmental influences’, as Freud puts it, of the conditions of the Nigerian psyche.

To explore the finer points of Jeyifo’s argument is to learn that social upheavals such as, ‘the periodic cycles of massacres between “indigenes” and “settlers” in some states in the North, principally Plateau State’, with Jos as its capital, has more or less to do with, ‘the politics of the appropriation of wealth from offshore crude oil production as the primary source of social surplus extraction by our political elites’, and this, in contradistinction to, say, the Bakolori uprising of 1980, which in the main had all ‘to do with the direct appropriation of surplus produced by the labour of farmers and workers’.

Given the foregoing, Abubukar Adam Ibrahim’s Season of Crimson Blossoms is that quintessential Nigerian novel, written for her younger generation, those born between the mid-70’s and mid-80’s, many of whom came of age around the late 90’s.

A smorgasbord of flashbacks and memories, Season of Crimson Blossoms portrays graphically, and in painstaking detail, the sorrow and anxiety experienced by its two most colorful characters, Hajiya Binta Zubairu and Hassan ‘Reza’ Babale.

Hajiya Binta, born in the year 1956, would now be sixty years of age, four years older than Nigeria as an independent nation. Reza would also be just on the verge of clocking thirty had he not lost his life in the year 2011. It is the tragic story of the forbidden love affair of Hajiya Binta and Reza that Season of Crimson Blossoms so deftly narrates.

Looking at the life of Hajiya Binta, we are moved to ponder the nature of her grief over the loss of the men in her life. Hajiya Binta lost her husband, Zubairu, on 7 September 2001. That day, he left home and never returned. He was butchered and his corpse burnt in the streets by intoxicated zealots.

Thinking through the statements that Hajiya Binta makes in the wake of the death of her second son, Munkaila, what is evoked in the reader can only be the feeling that in the decade since she lost her husband, which coincides with the later part of the fifteen years since the loss of her first son, Yaro, Hajiya Binta had not yet come to terms with what it is that has been lost, in spite of the fact that she knows whom she lost.

Our reflections on the nature of her grief should inform considerations of the curious case of her second birth, as expressed in the opening sentence of Season of Crimson Blossoms: ‘Hajiya Binta Zubairu was finally born at fifty-five when a dark-lipped rogue with short, spiky hair, like a field of miniscule anthills, scaled her fence and landed boots and all, in the puddle that was her heart’.

Pondering her rebirth, it becomes obvious that the dark-lipped rogue in question is none other than Reza. What is left is to work out how he comes to land, boots and all, in the puddle of the heart of a widow old enough to be his mother. Well, besides burgling her apartment and making away with some valuables, Reza reminds Hajiya Binta of Yaro, her late son, whom culture forbade her to show love.

From Freud, we learn: ‘If one listens patiently to a melancholic’s many and various self accusations, one cannot in the end avoid the impression that often the most violent of them are hardly at all applicable to the patient himself, but with significant modifications they do fit someone whom the patient loves or has loved or should love’.

This is what probably accounts for her seeking Yaro ‘in the eyes of the miscreant who had scaled her fence’, as can be deduced from her moment of self-accusation, in which ‘she wished she had done things differently. Such as showing Yaro some affection, protecting him as every mother should do her child’.

It is this affection that she transfers to the notorious but thoroughly misunderstood dan iska, Reza, a secondary school dropout unable to deal with the loss of his own mother, who abandoned him at a tender age. Reza’s life of crime ultimately costs him his life, during the 2011 elections. He is summarily executed on the orders of Senator Buba Maikudi, whose ‘job’ Reza and his boys bungle.

A thematic thread that runs through the narrative of Season of Crimson Blossoms is the situation of young boys who are unable to account for the loss of love from their mothers, as is the case with Yaro and Reza, and who in coming of age leave home ill-equipped to take on the Herculean task of fending for themselves in a country where the mode of surplus extraction has changed.

Season of Crimson Blossoms evidently was conceived out of affection. As the author says, the book is, ‘For Beloved Jos, tainted eternally by the gore of our innocence and memories of the innocents slain’.

In an interview with Emmanuel Iduma, in which the author is asked pointedly if he sees himself at ‘the forefront of putting northern Nigerian literature in a place it scarcely occupied’, Abubakar Adam Ibrahim’s measured response inspires hope, as he intones introspectively:

I think we stand to gain more by focusing on the human experience of the peoples of this region. I think that Nigerians will understand each other more and the world will take note. That is the direction my writing is taking now.

It is a testament to Abubakar Adam Ibrahim’s industry and range of unparalleled vision that the young reader is forced to question, similar to the way Reza does repeatedly on over two dozen occasions, do you understand? Or, expressed differently, as in the title of this essay: how much of the Nigerian society do you understand?

Season of Crimson Blossoms is an elegantly penned story, told in the third person by a raconteur with a steady voice, navigating the turbulent seas of contemporary Nigerian society, sailing skillfully through many a stormy issue, from the Structural Adjustment Programme of 1986 to the deadly riots of 2001, 2002, 2004 and 2008, in Jos, the city originally known as Gwosh. It is the sort of story that only a truly gifted writer, who has laboured really hard to hone his craft, can manage.

Jean-Paul Sartre in What is Literature? argues for the view that literature should be didactic. This is what informs his prescription: that freedom necessitates for the writer a commitment and acceptance of littérature engagée. Much in the spirit of Sartre’s prescription, Season of Crimson Blossoms teaches us that ‘literature should not be a sedative but an irritant, a catalyst provoking men to change the world in which they live and in so doing to change themselves’. This is the task for a new people, for that generation born after 1980, who must question the status quo.