The Internet and Its Ugly Side 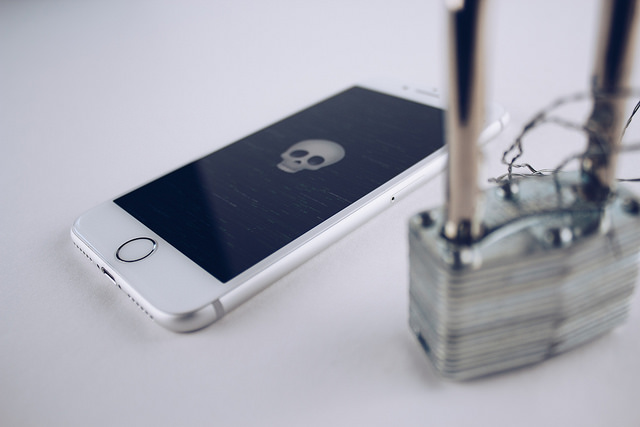 The latter book takes us on the journey of how four ten year old kids – Dembe, Jingo, Erisa and Talemwa – are able to create their own robot, Tenba, and sign it up for their school’s science fair, which they eventually win. Hacked! continues from where the first book ends, as it gives us a detailed exposition regarding Tenba’s robotic capabilities. It also explores the dangers of the internet and how they can be tackled. Being children’s science fiction, one might be led to expect that the Tech Explorers League trilogy, particularly Hacked!, would only be a good read for children. But adult readers will also learn a thing or two regarding cyber bullying, internet safety and computer viruses, just to mention a few.

The creation of Tenba earns the children respect both in their school and the society at large. As a result, Tech Explorers League becomes a household name. Robots are, of course, a common sight in the futuristic country in which the story is set, but none can match theirs. To cap it all, their patron is none other than the renowned inventor, Professor Fundi. Dembe and his friends are fortunate to be mentored by Professor Fundi, and they are also lucky to have Mr Tenywa as their Computer Studies teacher. However, John-Bosco, a fellow student, hates the members of the Tech Explorers League. John-Bosco is also a troublemaker and a bully, so much so that ‘when he was not plain-old goofing off in class, he liked to pull pranks that were not only annoying but also potentially devastating’.

Just as every rose has its thorn, the author uses the book to show the positive as well as the negative sides of the internet. The character Max has very little knowledge of how he can grow his business because, as he says of himself, ‘I was just a poor person with no college education…. Soon, I melted into the background of society, and just worked’. Few customers patronise his junkyard, which means that his robotic materials just lie around gathering dust. Warming up to him after initially being rebuffed, the children teach him how to upload pictures on Kaalo, a social networking site that doubles as an online store for used goods. This enables him to reach a much wider potential clientele.

The character of Professor Fundi is used in the novel to enlighten the children about the dangers of the internet. In as much as it is useful in advertising one’s products, the computer itself is prone to infection by viruses if proper preventive measures are not put in place. Professor Fundi tells them:

Be careful what you download from the internet, only download software from trusted sites, do not give out private information online, do not open email attachments from unknown sources.

He relates the travails of a friend to further buttress his warning:

A friend of mine had some issues with his own security. Something called “ransomware” had infected a lot of computers and other systems on his network…. Basically, it holds all your files, your data—everything stored on your computer—hostage until you pay the ransom.

Hacked! also celebrates feminine strength in a patriarchal society by showing how Naki, John-Bosco’s mother, strives to keep her children in school after her estranged husband becomes bankrupt and then abandons them. In all this, she never loses her sense of self-worth as she repeatedly rejects handouts from Max. The author presents her character as the epitome of the strong African woman.

Unlike its prequel, the language used in this book is more accessible, with minimal use of technical jargon. The author also infuses a note of romance as when the children set up a blind date between Naki and Max, spearheaded by Talemwa. Dembe strongly opposes this, regarding it as an invasion of Max’s privacy. However, he can do nothing about it, so he joins them.

The book has an avowed didactic purpose. The author’s aim is to encourage children to invest their cyber skills in positive ways rather than to threaten other people’s businesses, as when John-Bosco clones Max’s computer to compromise his Kaalo business account as well as protect his mother from Max, whom he assumes is hurting her. What happens in the end – Does Max press charges? Does John-Bosco end up joining the Tech Explorers League as he had always wanted? – is something the reader will have to discover for themselves.