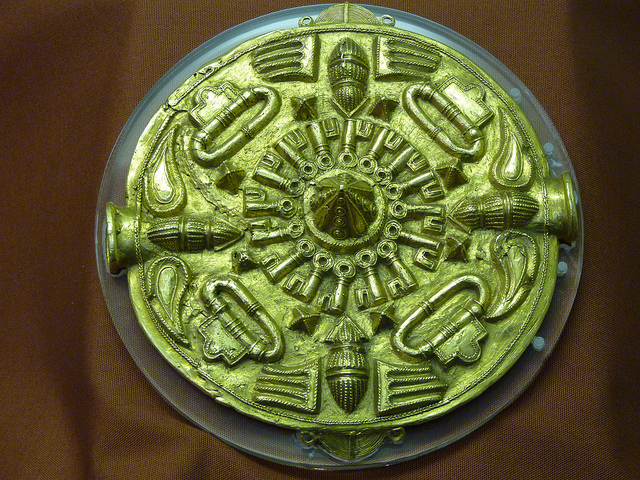 Impelled in part by his ‘own struggle to make sense of the persistent and apparently insoluble political and economic problem’ that Italy faced over the century after it became a politically united nation, the social scientist, Diego Gambetta, talks about ‘a series of seminars – held in King’s College, Cambridge – to discuss the elusive nature of trust’. These seminars, involving scholars from the various social sciences, were held between 1985 and 1986.

The edited volume of essays based on the papers presented during those seminars was published in 1988 under the title Trust. Gambetta, in the foreword to the volume, noted that it ‘explores the causality of cooperation from the perspective of the belief on which cooperation is predicated, namely trust’. Italy’s ‘underdevelopment of her southern region’ necessitated, for Gambetta, the opening of this line of enquiry since the inadequacy of explanations on offer meant that Italians, wandering in the dark, blamed the lack of progress on la fortuna.

Reading The King’s Wages by Augustine Brempong, given that it is difficult not to notice that the story is thrust within the same discursive field of causality of cooperation, the reader is bound to decipher that encoded in the tragedy is a profound message. To expound the coded meaning of this message, attention needs to be paid to its discursive features, the synonyms, antonyms and collocations used by the playwright, as they are critical to the characterisation of a language he employs to achieve cohesion and coherence in the text.

The King’s Wages, a story that plays out over three absorbing acts of three, six and four scenes respectively, is set in an unnamed part of Akan land. ‘Containing hints of political satire’ and centred around a tragedy that stages a crime of fratricide and the taboo of suicide, Brempong’s play examines ‘diverse situations where cooperation is at one and the same time a vital and very fragile commodity’. By straddling the realm of metaphysics so as to invest the story with deep pathos and beauty, the dramatist stages awesome drama.

Right at the beginning of The King’s Wages, the reader meets the Akan god, Tano, who, clad in dirty tattered clothes, takes visible shape as a blind old man in order to forewarn Okokroko, ruler of this unnamed Akan kingdom, of a plot by his own flesh and blood to end his life. The message that Tano bears is vital and it must be acted on by King Okokroko if he is to be saved from the evil plot that is yet to be designed against him. For reasons that are not initially obvious, the encounter between Tano and Okokroko is a foreshadowing of what takes place in the rest of the play.

For one, owing to the opportunity it affords the reader to observe one of the many ways that cooperation hinges on trust, this encounter between a god and a king is crucial. Second, seeing as it is the exact encounter upon which the entire drama is anchored, it is vital because its outcome directs all subsequent actions in the play. Given that the outcome reveals that King Okokroko distrusts Tano, not because the message Tano delivers seems far-fetched but for the reason that the king thinks him a trickster, it starts the reader pondering the nature of trust.

To be sure, as far as King Okokroko is concerned, Tano cannot be bearing a message from the gods, and as he is neither a priest nor a vaticinator, the old man must be a liar since he also cannot name the king’s enemy. Consequently, by showing in the first scene of the first act how a deficit of trust inhibits cooperation, Brempong makes it evidently clear that he looks to situate the semiotics of trust at the very heart of the discourse about Akan social and political life. Why does the king kick Tano out of his palace?

In the second scene of the first act, the playwright proceeds with his intended social discourse as he introduces his reader to King Okokroko’s brother, Tutu, who is seen in the company of his bosom friend, Bota, just as the two put heads together for the purpose of devising an evil plan that leads the former to commit fratricide. Here, as opposed to the previous encounter between Tano and Okokroko, Bota, expending little or no effort, has no problem educing Tutu’s trust, perhaps because their interests dovetail:

I know of a poison concocted from specially combined admixtures of potent herbs and venom – the best of its kind, if you ask me. This poison induces sleep before putting to death. I bought it from a man whose acquaintance I made during one of my trips to the coast. By your leave, we will get it and put it into something that may make drunken – say palm-wine.

In your brother’s presence, you shall make concealment of yourself, doing nothing to arouse his suspicion. Your evil thought must be clothed with a brotherly act. And with kindly words, you shall lure him to drink the palm-wine, telling him you have already had your fill of it. The poison of which I speak is odourless, therefore it is impossible for the King to detect it when drinking the palm-wine.

Parsing the excerpt above, particularly when compared to Oyeleye’s definition of literature in the first epigraph of this essay, the reader soon understands that because Tutu doubts their plan will succeed and as such worries that he ‘shall be hanged for regicide, for everybody will certainly get to know’ that he gave his brother the palm wine, it becomes easy to decode that Brempong’s use of lexis and semantics shows that cooperation depends on mutual trust. Suffice to say that by the start of the final scene in act one, King Okokroko is already dead.

By the second act, as the play tilts towards the mythical, we gather that thirty days after his brother’s death, Tutu sees King Okokroko’s ghost at the feast he gives to celebrate his ascension of the throne. Also recurring is the motif of a ‘coming and going’ that is at first enacted by Tano, who, clad this time in the clothes of a priest, resurfaces to ensure that Tutu, the new King, ‘comes to destruction at the very end’. Here, so as to mete out a condign punishment, Tano leads Tutu to believe he must perform ‘ritual coitus’ with his daughter.

Examining the taboo of incest as a result of Tano’s bid to hoodwink Tutu, The King’s Wages deliberately sets out to underscore the complex nature of trust relationships. Considering Tano’s status as a priest, even though it is made clear that Tutu’s failure to sleep with Ohenewaa, his daughter, will result in his death, through the encounter Brempong points up trust as coextensive with the existence of social order. On the whole, because Bota manages to convince Tutu to commit incest, we get a sense of this broader notion of trust.

Under the guise of both palace servant and priest, Tano reappears in the final act not only to ensure that Tutu’s crime is punished but more importantly, to reveal his evil deed and the wages it has earned him. Ohenewaa suspects that Tutu deflowered her and thus commits suicide but not before invoking a curse on him if he so much as sheds a tear on her behalf. She does this because for a girl, among her people, to become pregnant before a rite of puberty is performed is a taboo punishable by death.

Tacking back, from Gravonetter’s conception of trust, it is clear that Brempong stages a dilemma in King Okokroko’s encounter with Tano: to have believed the stranger would have meant distrusting his chiefs and even his own blood brother, and the seed of distrust, once sown, would have grown to compromise the cooperation that was foundational to the king’s government and social relations. It would seem that the king was unwilling to pay the cost of acting on Tano’s message because that would have meant not cooperating with his chiefs. This is why the king kicks Tano out of his palace.

In this regard, especially since a whole lot of the interactions between the other characters are actually dependent of the actions of King Okokroko and Tano, one useful lesson the reader draws from Gravonetter, quoted in the second epigraph above, is that trust as a measure of confidence emerges, if it does, within the context of society. The King’s Wages stands out because it manages to show the importance of trust within an abusua, a matrilineal society.