Who Is to Blame? 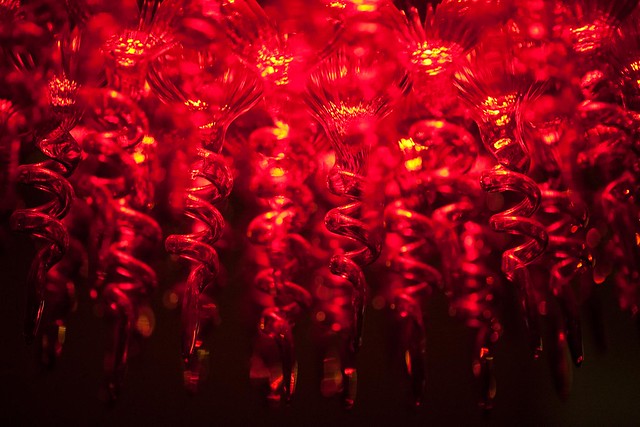 In Abdelilah Hamdouchi’s Bled Dry, everyone is a suspect. Born in Meknes, Morocco, Abdelilah Hamdouchi is one of the first writers of police fiction in the Arabic language. Set in Casablanca, Morocco, Bled Dry was originally written in Arabic before it was translated into English by Benjamin Smith. Unlike the author’s previous books – which touched on issues surrounding migration and manipulations in international trade, Whitefly (2016), and false conviction and police brutality, The Final Bet (2016) – Bled Dry digs into the minds as well as the actions and inaction of people who live in the slums of Casablanca. Here, the notion that every individual is a product of the society in which they live is effectively scrutinised.

In a country as lawful as Morocco, who is to blame when the youths in Khadahar become religious extremists and begin to infringe on the personal choices and decisions of the inhabitants of the community? There is an emphasis on the need to instil a sense of decency in the young, yet brothels are patronised by the high and mighty. No single drop of water ever creates the flood. Who, then, is to blame for moral decadence? Is there any justification for the police taking bribes? These are questions that the reader is made to ponder.

In Bled Dry, the bodies of Nezha al-Gharbi and Said bin Ali are discovered gruesomely butchered in the latter’s bedroom. Said’s abdomen has been split open with his intestines ‘hanging out like those of a lamb on Eid al-Adha’, while Nezha’s breasts are ‘almost completely detached from her body, each clinging by a thin piece of skin’ (p 130). This gory sight becomes the talk of the town. Media houses are not left out as they grow increasingly hungry for more information and updates. Nezha is a twenty-year-old sex worker who trades her body in order to fend for her brother and her sick mother. According to Islamic dictates, her work is unacceptable but she is left with no other choice. She has slept with all kinds of men and, in the process, liberated herself from feelings of shame, disgust or superiority, so much so that ‘insults and abuse did not affect her for more than a few passing moments. She had become used to all kinds of curses, humiliations and degradation’ (p 8). Said, on the other hand, is an easy-going factory worker who does not womanise. His first and only meeting with Nezha leads him to an early grave. How is this possible? What do the victims have in common?

Bled Dry is a novel that thematises issues such as infidelity, debauchery, bribery and corruption, violence, drug abuse and religious extremism. Infidelity and debauchery become the order of the day in the city. Whilst the protagonist in Nawal El Sadaawi’s Woman at Point Zero is able to break free from her pimp and begin a prosperous life as an independent prostitute, Nezha’s case is different. She remains locked in a destructive relationship with Farqash, a man well known for all manner of depravities, a pimp, a ‘fence’, a crook, a police informant and, most importantly, a bouncer at the bar where she meets her clients. He takes a cut of her nightly earnings, threatening her, ‘If you do not give me my money tomorrow, I will slaughter you. I will decapitate [you].’ (p 7). Sadaawi allows her protagonist to resist her circumstances; Hamdouchi presents Nezha as a young woman who conforms effortlessly to the stereotype of the victimised Arab woman.

Bribery and corruption in society are not left out, not only at the street level but also higher up. The character of Mohammed Bineesa, popularly known as Detective Hanash, embodies this. Inasmuch as he is as good at his job, he still does not turn down bribes, although he denies it vigorously, asking, ‘Who told you I take bribes’ (p 41)? Later, we read that ‘kif farming and hashish production were seen by locals as simple agricultural work [despite] the fact that it was illegal and farmers would be arrested if bribes had not been paid to the right government authorities’ (p 113). And the reader learns that ‘All the young men smoked cheap hash, took the hallucinogen called qarqubi, and drank spoiled wine, after which they drew their swords and knives and fought like dogs’ (p 60).

Islamic extremism is not left out. One of the youths, Sufyan, leaves the neighbourhood a drunk and an addict after his mother’s death but returns a devout Muslim with extremist views:

Jihad is the only way we can establish God’s kingdom on earth, and martyring yourself by blowing yourself up allows you to reach the highest rungs of heaven. Because of that, I am looking forward to death and meeting my divine marker. I am going to cross the borders and join the mujahideen. I won’t be taken prisoner. I will enter Syria by God’s will and I will transform my body into a bomb that blasts the enemy into pieces!
I’ll make their heretical brains— (p 53).

A wave of religious radicalisation sweeps through the youth population. The young men, led by Sufyan, turn away from drugs and towards strict religious observance and extreme views.

The author also satirises hypocritical religious leaders using the figure of a blind sheikh who, on the one hand, spends much time deep in thought, focusing on the prayer beads in his hands and, on the other, deflowers the barely sixteen-year-old Nezha with his fingers, smearing her blood on his eyelids, hoping to cure his blindness. We later learn that, ‘[H]e has violated thousands of girls to no avail’ (p 78).

The language of Bled Dry is accessible. The imagery is detailed and strikingly alive, immersing the reader in the narrative. The novel describes in detail the sex market in Casablanca:

[A] row of transvestites emerged in their tight women’s clothing, hair cut like girls’, and their faces smeared heavily with make-up. They were sauntering around flirtatiously, winking at passersby, snapping their chewing gum, and blowing air kisses to drivers. Only a few steps away from the gays and transvestites were the ‘open-air’ prostitutes, who would have sex in that very spot for a small sum—no more than fifty dirhams (p 10).

And, to the ultimate question: who murdered Nezha and Said? Could it be Farqash or even Detective Hanash? What if the victims were not deliberately murdered but just happened to be at the wrong place at the wrong time? The answer will shock the reader.