If Your Neighbour Is Not Happy, There Is No Way You Can Be at Peace 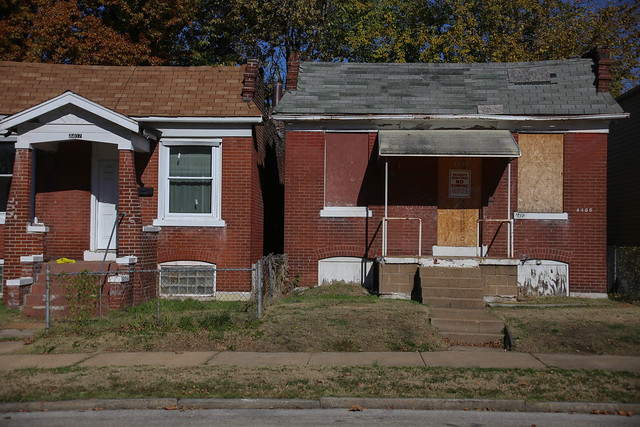 The title of this review borrows from the cardinal message in the refrain of ‘The Path’, a song by the Nigerian folklorist, Beautiful Nubia. It is also the exigent message of the play Mama Mudu’s Children: A South African Post-Freedom Tragi-Comedy by Masitha Hoeane, which is a problem play set against the backdrop of xenophobia and the disintegration of those communal values that make up Ubuntu. On the book’s front cover, there is a sprawling shanty township and what seems to be a mob, or demonstrators, under two different banners: ‘Edladleni Hill’ and ‘Xenophobia’, with a faint spiral of smoke in the background, everything depicted in sharp monochrome. This is both an ironic take on the notion of the rainbow nation and an example of a random township in South Africa.

But xenophobia is not peculiar to South Africa. It is a retrogressive sentiment across the African continent. Post-independence Africa is mired in different tragedies of animosity: Ghana’s Aliens Compliance Order in 1969, mainly targeting Nigerians in an expression of state-sponsored xenophobia, a theme in Peter Akinlabi’s poetry volume, Iconography; Nigeria’s xenophobic ‘Ghana Must Go’ campaign that targeted Ghanaians during the ‘80s; South Africa’s othering of Liberians, vividly narrated in Hawa Jande Golakai’s essay, ‘Fugee’ from the anthology Safe House: Explorations in Creative Nonfiction; Gabon’s repatriation of Beninese, and so on. These attacks are expressed in different forms, and they raise a serious question about African neighbourliness. In the academic essay, ‘The Context of Xenophobia in Africa: Nigeria and South Africa in Comparison’, from the edited volume, The Political Economy of Xenophobia in Africa, the scholars Ebenezer Oni and Samuel Okunade, frame this question with clarity:

Afrophobia is a systematic reawakening of tribalism and ethnicity, two related potent weapons used by the colonial powers to divide Africans. It constantly challenges African unity, common identity and brotherly spirit. If unchecked, it has the potency of robbing Africa and its people of cross-cultural advantages and the much needed socio-economic and political development (p 48).

It appears that this animosity is often directed at other Africans, usually excluding white Africans and white foreigners. Also, the motivating factors are toxic ideologies and nightmares of colonialism, and if we sieve the individual histories of African countries using these terms, it seems none will pass through.

Set in Edladleni Hill – a fictional town that has the feel of a small town in South Africa due to the texture of the play’s dialogue and its dramatic personae – the one-act play is in five scenes with a prologue, interlude and epilogue. The play uses free, everyday dialogue which makes it realistic. The prologue takes place in Mama Mudu’s house and foreshadows the tension and hostility in the community. She is having a nightmare in which she is tormented by a snake-like monster that is slithering around, looking for children to devour. This omen, seen by a community elder, recognises the role of spiritualism in African communalism. Here is a woman whose empathy is deep to the point of prescience. The physicality of the dream, as described in the play’s stage direction, lends a surrealness to the play. The hostility in her dream is soon demonstrated in her living room. On her waking up with a scream, her daughter-in-law is too quick to dismiss their neighbour who rushes in to help Mama Mudu.

This snake-like monster manifests in Scene One, set in Mama Mudu’s house, where a riot against aliens in Edladleni is confronted by Mama Mudu. The mob’s anger is directed at the kwere-kwere, a derogatory term for the unwanted African migrants residing in Edladleni, people like Sam, an African from broader Africa whom the mob accuses of being a drug peddler. In truth, the unrest is whipped up by a few members of the host community based on the fact that Sam is more successful than them.

Sam runs into Mama Mudu’s house where he hides while the mob is ‘looting and burning his shop right now, and the smoke is rising like a snake reaching for the clouds’ (p 14). The mob comes for him in Mama Mudu’s house, but she stands as a protector between him and his assailants. Because Mama Mudu is a symbol of African traditional values, her intervention can be read as the African value of Ubuntu. She appeals to the mob to see reason:

Trees grow tall and away from the soil that holds and feed them, but people grow sideways to link up with other people. To grow is to close and not open gaps between people because people need other people to be people. That is our way, the e-way (p 11).

The stage direction for Scene Two, set in a barbershop, is important because the shop is a microcosm of the larger community, where issues affecting it can be examined minutely. It is a unique space in many communities in Africa, a social space where opinions or ideas are shared freely and thus shaped. The setting brings to mind that absurdist play by Ola Rotimi, Holding Talks, also set in a similar space. The play under review depicts the character of Headmaster, the owner of the barbershop, not only as a social leader, a custodian of values like Mama Mudu, and one whom people look up to, but also as the archetypal comedic genius in whose actions a reader finds comic relief:

The HEADMASTER’s Shosholoza Shavers, a shelter at a busy street corner. The board says: “The HEADMASTER – Does Your Head While U Wait”. He rings a school-type bell and sings to the passing crowds (p 16).

In this scene, KK, a renegade and Mama Mudu’s estranged son, is depicted as an embodiment of that sentimental entitlement that some citizens or permanent residents have and demonstrate towards aliens. Headmaster, who has been eavesdropping on KK and his friend during their meeting in his shop, catches a hint of the shady dealings KK is involved in, killing people and taking their stuff.

The play also has a minor character, Priest, who condemns xenophobic attacks and other vices in Edladleni. He condemns the community for hurting Sam and says the community will receive retribution from high above, but his audience is dispersed by a rabble-rouser. Priest reacts by flinging a curse at him.

A rumour monger in the community shows Mama Mudu the front page of a newspaper, telling her to see her children getting front-page publicity while she is worrying about their whereabouts. This is eventually revealed to be false information, for when another character reads out the content of the paper to her, it says that KK is wanted for armed robbery. As Mama Mudu is weighed down by the recalcitrance of the community and the dissolution of her children into criminals, she derives succour from Headmaster’s visit. They talk about freedom, terrorism and other vices in their society and the world at large.

There is a brief interlude thereafter and then it is Lulu’s funeral, Mama Mudu’s grandson. He was shot and left with a note in his pocket addressed to KK. Priest, who presides over the funeral, holds the community responsible, claiming it is the retribution he has been preaching about. This tragic funeral, a subsequent scene and an epilogue close the play.

Mama Mudu’s Children dramatises the uneasiness between South Africans and the African migrants among them and calls for redemption through Ubuntu. Hoeane strikes a balance between comedy and tragedy in bringing home a truth. He uses foreshadowing, proverbs and other contemporary dramatic techniques for effect.

Hoeane also dramatises an important point about blame: he presents the play as a mirror in which we can look at ourselves, whether we are to blame for the senseless hatred or not. The blame for the poisoning of certain aspects of South African and Nigerian relations, for example, due to the constant xenophobic attacks on Nigerians in South Africa cannot be laid entirely at the feet of both governments. There are a few people who are callous to their African neighbours, who fuel the hatred, and who are also to blame. Now, the actions of those callous folks must serve as a call to action for others who are truly equipped with empathy to fight the corrosive attitude of othering. People should be sensitised, which is the purpose of the play under review. The South African government should also adopt policies that embrace African neighbourliness. Interestingly, some solutions that can be adopted have already been articulated by the scholars Ebenezer Oni and Samuel Okunade in their essay, and are only begging for implementation:

Arguably, the linkage between xenophobia and apartheid increases the prospects of the re-occurrence of the phenomenon in South Africa unless certain progressive policy actions are taken by the government of South Africa. These policy actions must include the revision of the history and civic education curriculum of South Africa to accommodate the various human and material contributions of fellow African countries toward the liberation of the country from the clutches of apartheid regime. This should be complemented by the establishment of a National Orientation Agency, a semblance of what is available in Nigeria, to design and run advocacy programmes aimed at inculcating the African spirit of brotherliness in South African citizens. This, if spiritedly implemented, will stem the tides of incessant violent attacks against fellow Africans sojourning in the gold-rich country. Importantly, xenophobia or afrophobia, African people and governments need to rethink the basis of their relations and come to the realization that the phenomenon can negatively impact their politics, economy and society (pp 48–49).

Mama Mudu’s Children was commissioned by the Ubuntu Research Project at the Centre for the Advancement of Scholarship, University of Pretoria, South Africa. It was published in two versions, English and Sesotho, in an attempt to reach a wider audience of readers. Hoeane writes in the preface, ‘Writing and directing the play has an interesting strand to it: an experience in the interplay between commissioning and creative freedom which remains a vexed question in the field of Theatre-For-Development (TFD)’. There is a popular notion that literature written to prescription seldom succeeds, and that might be the case here, too, because the play is overly thematised, to the detriment of its theatricalism. Its theatrics on the stage might be successful, especially if it is a theatre-in-the-rounds production, and may have the desired impact on the audience, but its theatrics on the page is of doubtful quality. It is not the best of dramatic texts, and some of the dramatic personae struggle to come alive on the page. Also, the continuity of the play is slack. Nevertheless, Mama Mudu’s Children: A South African Post-Freedom Tragi-Comedy makes up for those shortcomings with the clarity of its message.